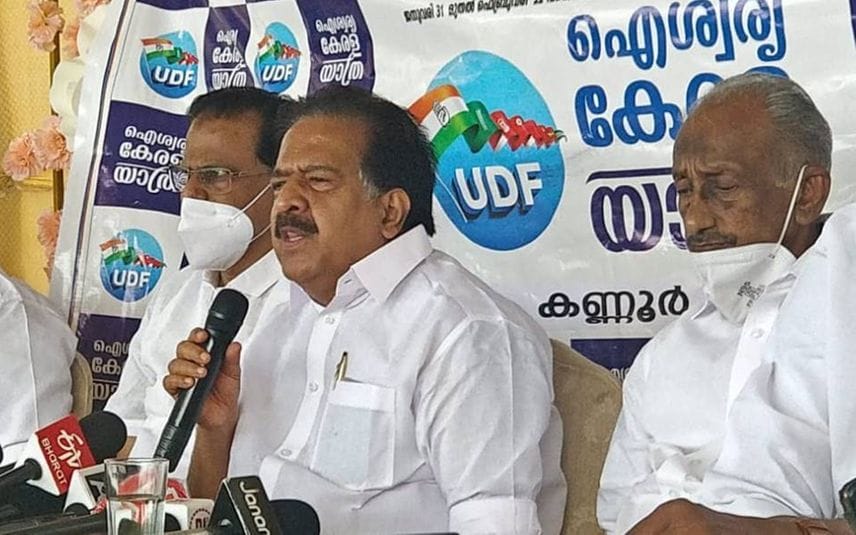 Kalpetta: Opposition Leader Ramesh Chennithala on Wednesday alleged that both CPM and BJP have the same stance over Sabarimala women entry issue. Both A Vijayaraghavan of LDF and K Surendran of BJP are speaking the same language and both are trying to attack Muslim League and the minority communities, he added.

Speaking to media as part of the Aishwarya Kerala Yatra, Chennithala further stated that an immoral relationship of CPM – BJP will be witnessed again during the upcoming Assembly elections.

Both CPM and BJP were silent on the Sabarimala women entry issue and this was part of an alliance. The matter is not discussed by them as it will boomerang on them. CPM was responsible for women aged between 10 and 50 entering the holy shrine and BJP was responsible for the violence there, the Congress leader added.

He also asked the state government whether they were ready to request the Supreme Court to hasten the consideration of the review petitions on women entry issue. Would the Centre enact law to protect customs and traditions at Sabarimala and the state BJP take necessary measures to ensure this. Why was the CPM that accepted of taking a wrong stance over the issue not ready to change the affidavit submitted in the apex court, he further asked.

Chennithala also alleged that CPM was trying to strengthen BJP and thereby weaken the UDF. He also promised to frame law to protect the customs and traditions in Sabarimala Ayyappa Temple if UDF is voted to power.

Alleging CPM was resorting to communalism, Chennithala stated that the former was trying to isolate Muslim League and attack them. The Chief Minister is trying for communal polarization and to create a religious conflict, he added.