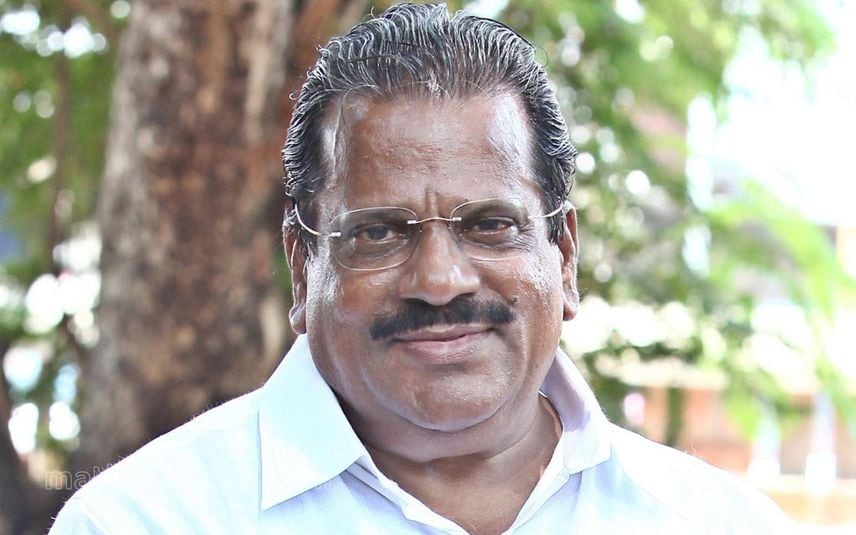 Kollam: CPM has slammed IndiGo airways for imposing a travel ban on LDF Convener EP Jayarajan for a period of three weeks. The party expressed its disgust with IndiGo in a press release issued on Monday. The left party asked the airline company to re-examine its decision to ban the LDF convenor for shoving Youth Congress protesters inside a flight during his journey alongside CM Pinarayi Vijayan on June 13.

Meanwhile, EP Jayarajan took a dig at IndiGo airlines for banning him by saying that the implementation of the SilverLine project will end the monopoly of IndiGo airways in the state. His remark came just after he boarded a train from Thiruvananthapuram to Kannur.

"I am a regular traveller in trains. IndiGo made a wrong decision by banning me. The decision to ban a passenger who followed the rules and to provide a safe haven for criminals cannot be justified," he said.

He said he won't travel in IndiGo flights for travel and will opt for other companies functioning "decently." I have cancelled a ticket booked in their airline for myself and my wife, he added.

Besides him, the airline has also imposed a two-week flying ban on the two Youth Congress workers who had raised slogans against the CM on board the aircraft.

Jayarajan claimed that he still has not received any intimation from the airline regarding such an action.

Lashing out at the airline, the LDF convener said that neither he nor his family will ever travel by Indigo -- nationally or internationally -- and there are other airlines in the country which are more reputable and offer a much better service.

He further said that he would rather walk to his destination than board an Indigo flight ever again in his life.

Jayarajan also alleged serious lapses on the part of the airline which has not responded to his allegations so far.

He also said that he was informed on July 9 by the airline about an online meeting on July 12 to discuss what had happened and he had on July 10 replied that he cannot attend and his lawyer would give all the details.

"My lawyer also informed them the same. But after that there has been no communication till date from the airline. They did not even inform me over email or the phone or by message about the travel ban," he further claimed.

According to sources, an internal committee set up by the airline has decided to impose a flying ban on the three individuals.

The two Youth Congress workers will face a flying ban of two weeks, the sources said.

The Youth Congress workers were protesting against the chief minister over allegations against him in a gold smuggling case.

Following the incident last month, the two protestors and another Youth Congress member were booked for attempt to murder by the Kerala police.

The FIR said that due to political enmity, the three accused, namely Farzeen Majid, Naveen Kumar and Suneeth Kumar, conspired to kill the chief minister and boarded the flight from Kannur to Thiruvananthapuram.

A case was registered against three Youth Congress workers under various sections of the Indian Penal Code, including 120B (conspiracy), 307 (attempt to murder) and 332 (voluntarily causing hurt to deter public servant from his duty), the police had said.