CPI to get Poonjar seat instead of Kanjirappally; Jose K Mani to contest from Pala

LDF observed that Kerala Congress’ arrival to LDF contributed to their victory in LSG polls. 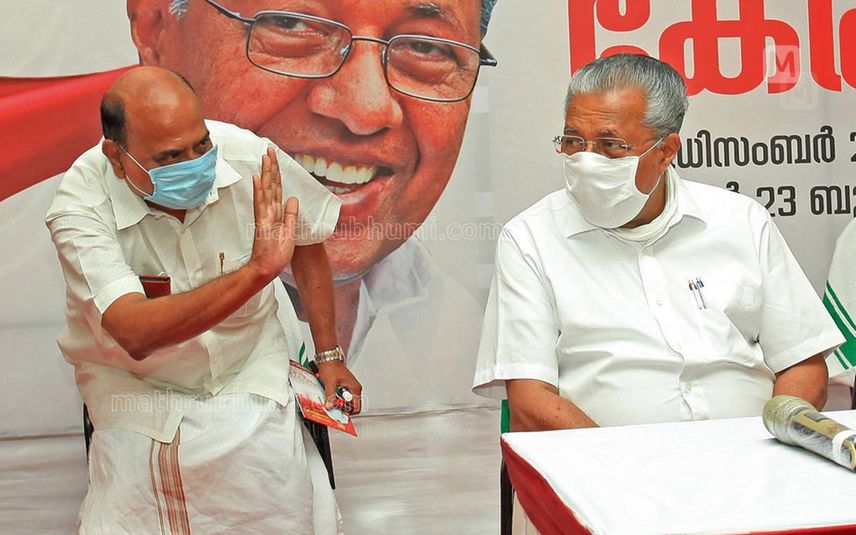 Kottayam: CPI might agree to the formula proposed by CPM to swap Kanjirappally and Poonjar seats. CPI state leadership is seriously considering this proposal. The final decision will be taken soon. It is also reported that CPM has decided to hand over the Kanjirappally seat to Kerala Congress Jose faction.

CPM's decision to offer Poonjar seat to CPI was taken after considering a lot of other seats in the district. LDF observed that Kerala Congress arrival to LDF contributed to their victory in LSG polls.

Pala, which is the sitting seat of NCP, will be given to Jose K Mani faction. Jose K Mani will contest from Pala constituency in the Assembly election in all likelihood. This would mean that NCP would leave the alliance and join UDF. Mani C Kappan has not agreed to the Rajya Sabha MP seat that was offered to him. He does not want any seat other than Pala.

However, Saseendran faction of NCP does not agree with the idea of leaving LDF. They feel it is not certain whether NCP will be able to retain their sitting seats in case they walk out of LDF. The decision regarding this will be made by Sharad Pawar after the budget session. It has to be seen whether this decision will create a split in the party.