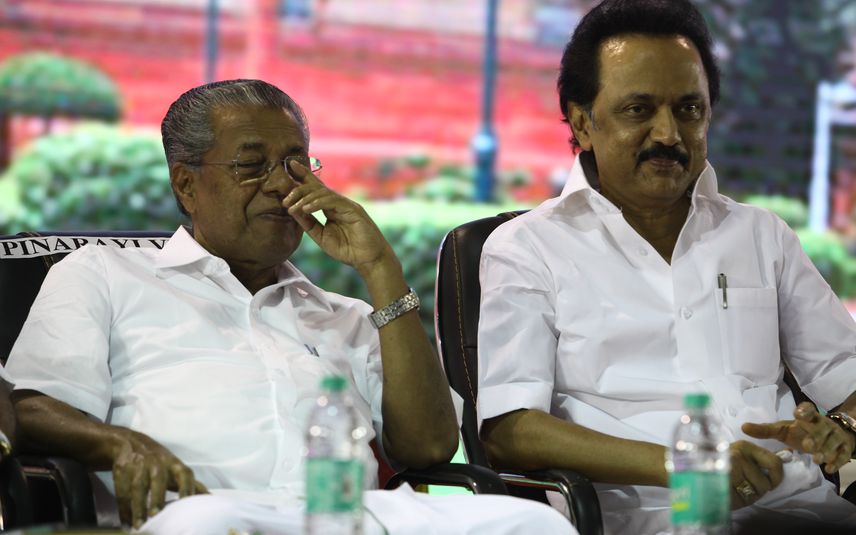 Thiruvananthapuram: Kerala CM Pinarayi Vijayan and Tamil Nadu CM MK Stalin on Saturday criticised the BJP-led union government’s attack on federalism and urged all states and political fronts to strive against it.

“Since its beginning, RSS which leads BJP has been opposing federalism. Democratisation of Centre-State relations is not on their agenda. Each and every reforms rolled out by them are aimed at weakening and dismantling it,” said Pinarayi Vijayan.

He also attacked BJP for shelving many union government schemes and pointed out that the regime is diluting financial autonomy of the state. “Even Congress regime was not ready to take up the reforms suggested by Left front to strengthen federalism,” he added.

"There is a need for review and re-appraisal of the Constitution. Until the Indian Constitution is amended to be truly federal, from the current status of quasi-federal, we shall not stop. We must continue to raise our voice and work towards our goal,” he pointed out.

The CMs of the two southern states were addressing the CPI's Kerala State conference session. Both elaborated on various instances in which the union government dismantled federalism.