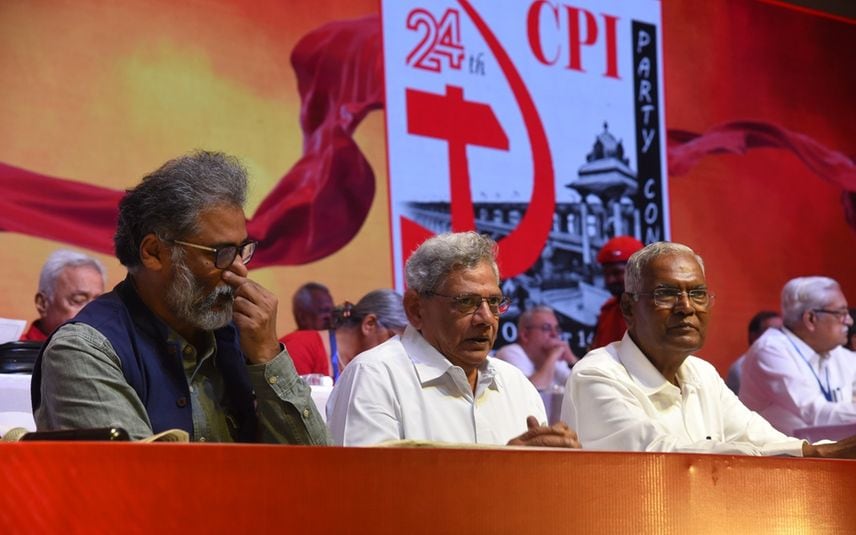 Thiruvananthapuram: The Kerala unit of CPI has called for an open alliance with the Congress at the national level during the 2024 Lok Sabha elections.

The Kerala delegation was speaking at the 24th All India Congress of the Communist Party of India (CPI) in Vijayawada.

The delegates from the Kerala unit, including Agriculture Minister P. Prasad and the editor of the party's mouthpiece 'Janayugam', Rajaji Mathew Thomas, called for an alliance with the Congress at the national level during the 2024 Lok sabha elections.

Stating that the alliance must take place much before the elections are announced, the delegates said that alliances with regional parties must also be stitched up ahead of the polls.

Thomas said a credible alternative to the BJP can be formed only through such measures. The CPI leaders also said that there should be open alliances and not hide-and-seek games which the CPI-M was playing.

Meanwhile, the organisational report of the party has pointed to the low presence of youth in the CPI.

The CPI is also taking steps to enforce strict measures on the upper-age limit for party office-bearers, pitching for 75 as the cut-off age.