“Only people with a narrow mindset can find communalism in a party holding discussions with its allies," the Congress leader said. 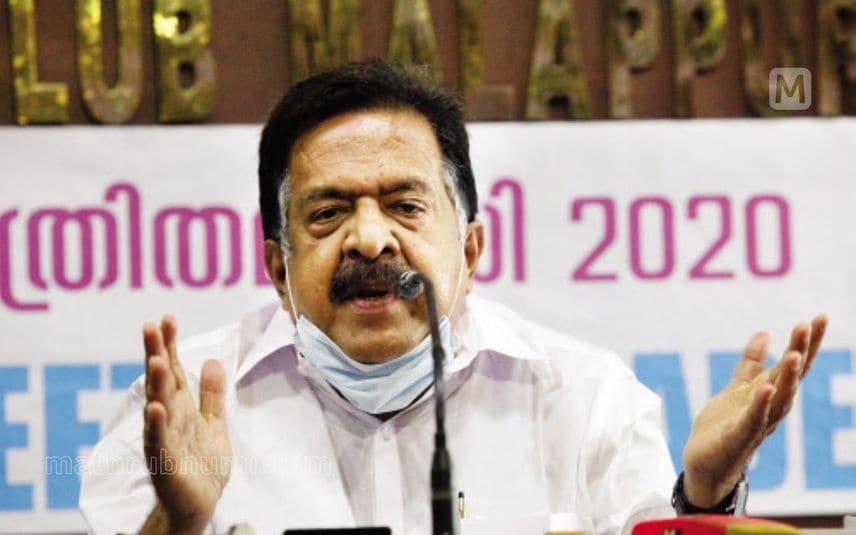 Thiruvananthapuram: Leader of Opposition Ramesh Chennithala on Thursday said that the words of CPI (M) state secretary A Vijayaraghavan proves that the left party will resort to a communal campaign to gain votes.

The Congress leader also alleged that the CPI (M) was continuing their attempts to create communal polarisation which was initiated during the local self government elections.

Vijayaraghavan had alleged that the visit of the Congress leaders was aimed at expanding their ties with religious fundamentalists.

"The state government, which should unite all religious groups is aiding communal polarisation. It was the CM who started this. Both the Congress and UDF have always upheld values of secularism. Vijayaraghavan should not try to teach us. Only people with a narrow mindset can find communalism in a party holding discussions with its allies. Kerala will not approve such tendencies," Ramesh Chennithala said.

Earlier, Chief Minster Pinarayi Vijayan had stated that the Muslim League was leading Congress. The LDF had criticised time and again that the Congress had to accept Muslim League's policy to strike an alliance with the Welfare Party of India. The LDF has also warned that this was not the way to resist the BJP, which is trying to implement its Hindutva agenda.