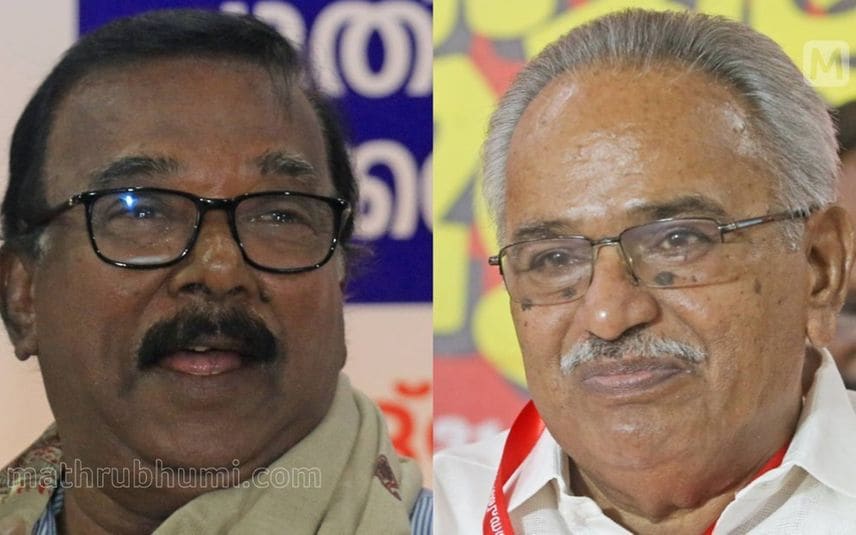 Thiruvananthapuram: The internal fight in the Kerala faction of Communist Party of India took a major turn as state leaders who oppose the state secretary spoke to media houses in an unprecedented way.

Divakaran slammed that some leaders crave to continue in certain positions and added that it is not the way of communists. He stood firm on his stance that introducing an age limit for the committee members could not be allowed.

Divakaran pointed out that the party constitution does not abstain anyone from contesting in elections or being selected to the higher councils. Any such change can be introduced only after discussing the matter in the party congress and amending the constitution. The decision to forbid the leaders who passed 75 years of age from the party higher committees cannot be conspired by a few leaders. This move could be considered as a tactic targeting a few senior leaders in the party, Divakaran told Mathrubhumi News.

The leaders, including C Divakaran and EK Ismail, will have to step back from the state council if an age limit of 75 years is introduced.

Meanwhile, Kanam Rajendran said that a person is allowed to be secretary for three terms. The upcoming party congress will put an end to only the second term of Kanam as state secretary. He said that the party has to decide whether he would continue or not. When enquired about the age limit proposed for the leaders in the committee, Kanam said that the claims of those who oppose the suggestion are immature.

Currently, the leaders and activists of the party who stood separate as supporters of Divakaran and EK Ismail have joined against Kanam Rajendran. They have succeeded in defeating the 'official' nominees to the post of district secretary in some conferences. However, the supporters of Kanam Rajendran expect a sheer majority in the state conference with 563 delegates having voting powers.