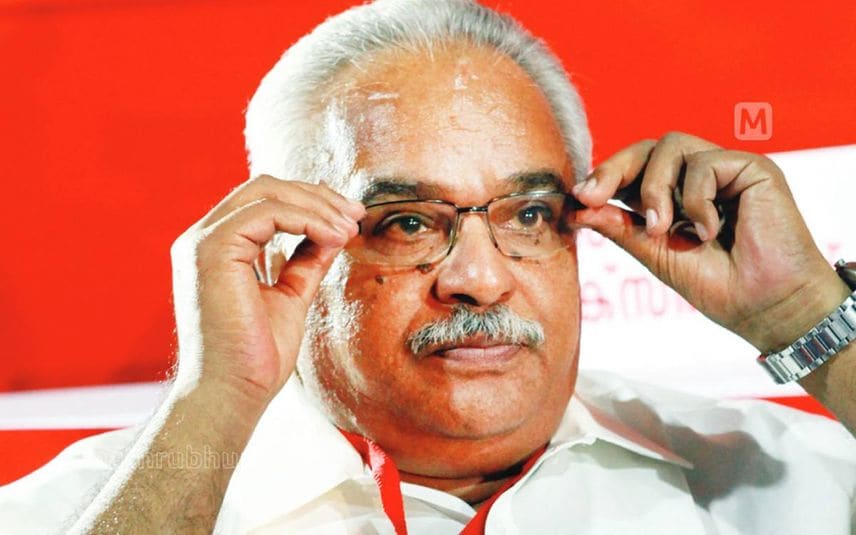 Thiruvananthapuram: The Kerala state conference of the Communist Party of India (CPI), set to begin on Friday, will be the penultimate test for Kanam Rajendran-faction in the party. Further, the conference will also examine whether it is right to implement an age cap of 75 for leaders to hold top ranks in the party.

Meanwhile, absence of former ministers and senior CPI leaders KR Ismail and C Divakaran in the flag-carrying procession organised as part of the conference on Thursday evening was widely noted. They had come out openly against the plan to introduce age restrictions.

CPI National Control Commission Chairman Pannyan Raveendran will raise the flag at the conference venue in Thiruvananthapuram on Friday evening. Kanam will inaugurate the public conference at Putharikandam Ground in the state capital. The delegates' conference will be inaugurated by D Raja, general secretary of the CPI, at Tagore Theatre on October 1.

On the same evening, Chief Minister Pinarayi Vijayan and Tamil Nadu Chief Minister MK Stalin will address the seminar on the topic, ‘Federalism and centre-state relations’ at Tagore Theatre.

On October 3, the new party state council will be selected. The council will further elect a state secretary. It is expected that the 'anti-Kanam' faction may put up a fight for the top post. Kanam has said that as per convention, one shall get three terms in the secretary post. His opponents say it is not applicable to the state secretary.

Further, the conference will also select delegates to represent Kerala in the 24th party congress in Vijayawada commencing on October 14.