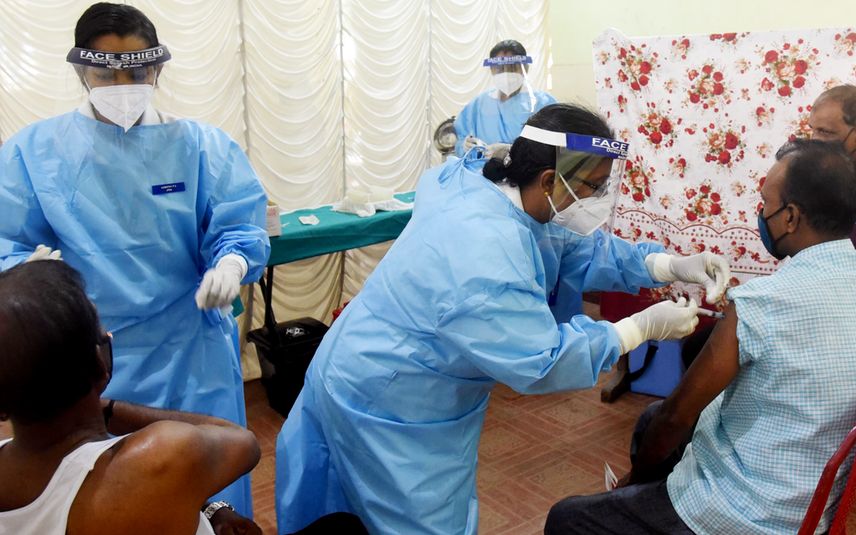 Kochi: The Central government on Wednesday submitted an appeal before the Kerala High Court seeking to quash a High Court Single Bench's order directing it to make provisions on the Cowin portal to enable those who are keen to take the second dose of Covishield vaccine after four weeks in terms of the initial protocol to be able to schedule it.

The appeal has been filed by the Secretary to the Government of India Department of Health and Family Welfare through the Assistant Solicitor General of India P Vijayakumar.

Court's single bench on September 6 allowed the Kitex Garments Ltd company to administer the second dose of the Covidshield vaccine to its workers before the completion of an 84-day gap of the first dose.

The single bench of Justice PB Suresh Kumar had, earlier, directed the Union Ministry of Health and Family Welfare to make necessary arrangements in the Cowin portal, so as to enable scheduling of the second dose of Covishield vaccine after 28 days of the first dose.

In its appeal to this order, the Centre alleged that the Court has interfered with the vaccine policy of the Government. The judgment of the Single Bench would militate against the settled position that in the matters related to the government policy supported by scientific study. The Court shall not meddle with nor substitute its view with the view of the administration. If such a precedent was allowed to stay, it would set at nought the national policy for the administration of vaccines and would cause serious prejudice for the larger segment.

The interval of 84 days was fixed based on global best practices, expert opinion, and aligned with the regulatory provisions laid down by the Drug Controller General of India. National Technical Advisory Group on Immunisation in India (NTAGI) examines the technical aspects of the National COVID-19 vaccination programme, such as the interval between the vaccine doses.

This body, which is the countries apex body on immunization, comprises technical experts like immunologists, vaccine and vaccine safety experts, paediatricians, gastroenterologists, public health experts, and regulatory authorities. It was the NTAGI that recommended the dose-interval of 84 days upon discussing the same in a meeting with the COVID-19 Working Group. This recommendation was reviewed by several authorities and even the Union Ministry of Health and Family Welfare before it was executed. Any change in such policy could only be carried out based on necessary approvals and clinical trials.

Without the same, the impugned order could potentially derail the vaccination policy throughout the country. Centre's arguments were not properly appreciated and that the Single Bench had overlooked the National Vaccination Policy formulated by the Centre while allowing the impugned writ petition. The decision of the Single Bench could have cascading adverse effects on the organised and regulated pattern of vaccine administration.

The approach of the single bench trying to adopt a comparison between an unrealistic notion of earlier protection and the realistic element of better protection was faulty and would lead to serious adverse consequences in the larger public interest. Under the fanciful guise of earlier protection claimed by the petitioner, if a large number of vaccine doses are administered prematurely, the same would not only amount to inappropriate administration but also would affect the prospects of the remaining population waiting for their turn. The order allegedly evaluated the matter as an issue falling under Article 14 rather than from a scientific angle, and the appellants are anxious that this could result in a social disaster.