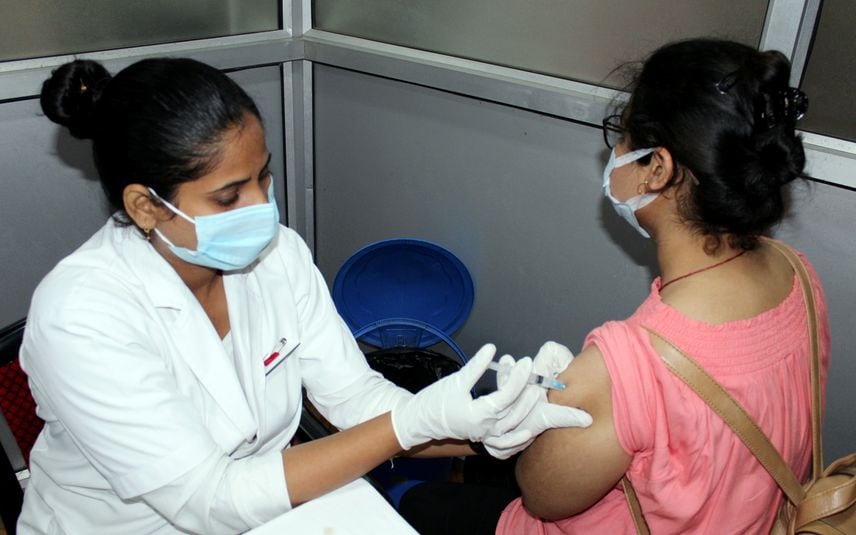 Kannur: The local bodies seek explanation from those who had not taken the first dose of Covid-19 vaccine yet. The reason behind the vaccine reluctance is inquired as the vaccination rate still remains below 80 percent in the state. Over 8 panchayats in Kannur district have decided to seek explanatory letters from those who did not take the first jab.

Currently, Covid affected people who have not passed 90 days after being negative and those who have other diseases have not taken the vaccine. However, there are many people who are reluctant to get vaccinated. According to the statistics obtained till September 17, twelve local bodies of the district could not complete 80 percent vaccination.

The panchayats have resorted to different ways to find the reason behind vaccine reluctance. Mokeri panchayat is undertaking a survey while many local bodies including Vengad and Azhikode have asked for an explanatory note.

Mayyil panchayat has demanded to submit 'non willing' certificates from those who are hesitant to get inoculated. Kunnothuparamba panchayat president is planning to organise one more vaccination camp and then seek explanation from the people who have not vaccinated.

Kannur District Covid nodal officer Dr Rishi Gopalakrishnan said that vaccination is mandatory as the schools are going to reopen. Several studies suggested that even though the children are affected by the pandemic, the symptoms are not severe. But they can be carriers of disease. Hence, the parents and teachers should definitely take vaccines, he added.