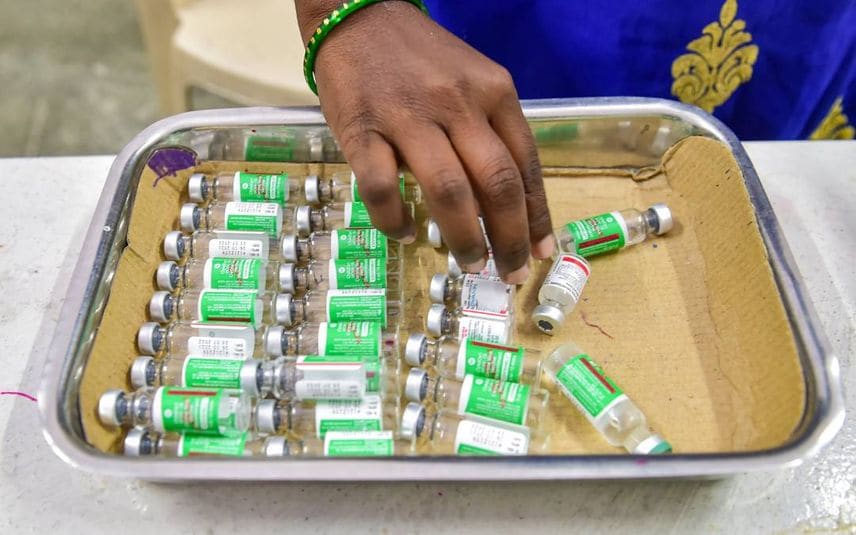 New Delhi: States including Haryana, Punjab, Jharkhand, Meghalaya, Goa and Nagaland are poor performers so far as coverage of Covid-19 precaution doses is concerned. Less than 12 per cent of the eligible populations of these States have been administered with the precaution doses as on September 24.

The special 75-day campaign for administering free precaution doses will complete its duration in less than two weeks on September 30.

As per the government data (as on September 24), Haryana, Punjab and Jharkhand recorded a coverage of 11 per cent, 10 per cent and 10 per cent respectively of the eligible population for the precaution doses.

Bigger states like Kerala, Maharashtra, Rajasthan, Tamil Nadu and many others recorded less than national average of 26 per cent of the coverage.

Eligible populations are the persons who have completed 6 months from the date of administration of the second dose.

As per the government data, total 20.20 crore (26 per cent) have been covered as of September 24 out of the total eligible population of 79.07 crore in the country.

Thereafter, Covid Vaccine Amrit Mahotsav campaign was launched on July 15, 2022 to give an impetus to Precaution Dose as part of the national COVID vaccination drive.

Under the campaign, free precaution doses at all Government COVID Vaccination Centres for persons aged 18 years and above for 75 days (from July 15 to September 30, 2022) are being provided.

Being implemented in a 'Mission Mode' this special COVID vaccination drive is a part of the celebration for Azadi ka Amrit Mahotsav. The special drive is aimed to increase uptake for the Precaution Dose of COVID Vaccine among the eligible adult population.

Earlier, States/UTs were urged to implement 'COVID Vaccination Amrit Mahotsav' for 75 days as 'Jan Abhiyaan' with massive mass mobilization, through a camp approach. They were advised to organize special vaccination camps in the routes of Char Dham Yatra (Uttarakhand),Amarnath Yatra (Jammu &Kashmir), Kanwar Yatra (all States/UTs of North-India) as well as major Melas and congregations.

Besides, States/UTs were also advised to do publicity of this initiative in print, electronic, social and mass media. State Health authorities were urged to undertake regular weekly review of progress at the state level. IANS