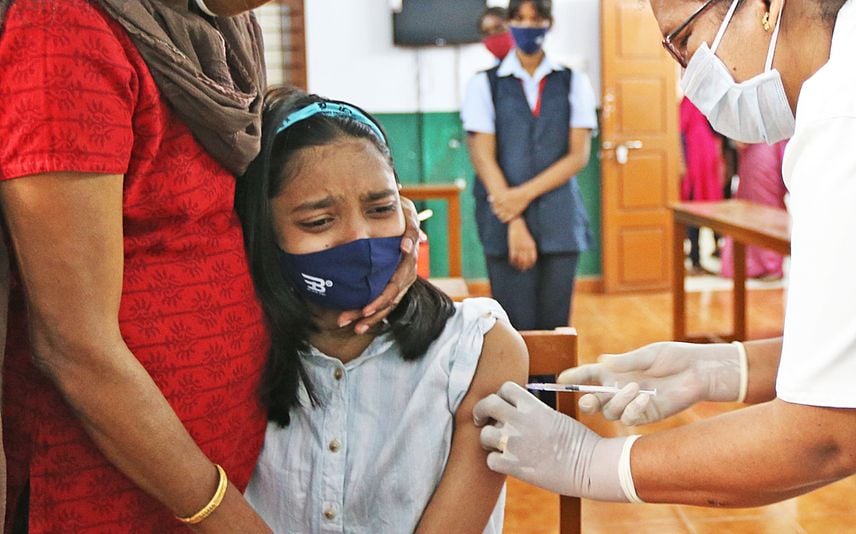 Kozhikode: Only 9 per cent of children were vaccinated against Covid 19 in Kozhikode district, even though there are only a few days left for reopening of schools. The delay in the vaccination process is being reported in the districts where the authorities have achieved 100 per cent vaccination of adults.

Over 1 lakh children are reportedly between the age group of 12 to 14 in Kozhikode. However, only 9,752 children have administered the first dose of vaccine till Wednesday. 1041 children have been inoculated with the second dose. Biological E’ Corbevax vaccines are being used to inoculate children in the age group 12-14. 28 days of interval are required to take the second dose of vaccine after the first one. Though the authorities launched campaigns to urge people to vaccinate their children during vacation and arranged facilities for this, most of the targeted group turned down.

In the age group of 15-18, the first dose of vaccines have been administered in 1,06,962 persons, while 55,245 are jabbed with both doses in Kozhikode. The health department claimed that the district has reported 100 per cent vaccination among adults.

However, 22-30 persons are tested positive for Covid 19 tests daily in the district. The pace of vaccination slowed down during the final examination and also during the summer holidays.

The authorities of Govt General hospital and Govt Medical College informed that the vaccination for children could not be carried out well as the children are not arriving for inoculation.

Though Tagore hall was venue for vaccination in the district, the procedures were stopped here due to low demand.