It is learned that he came into contact with many people as he attended the house warming ceremony of his neighbour. 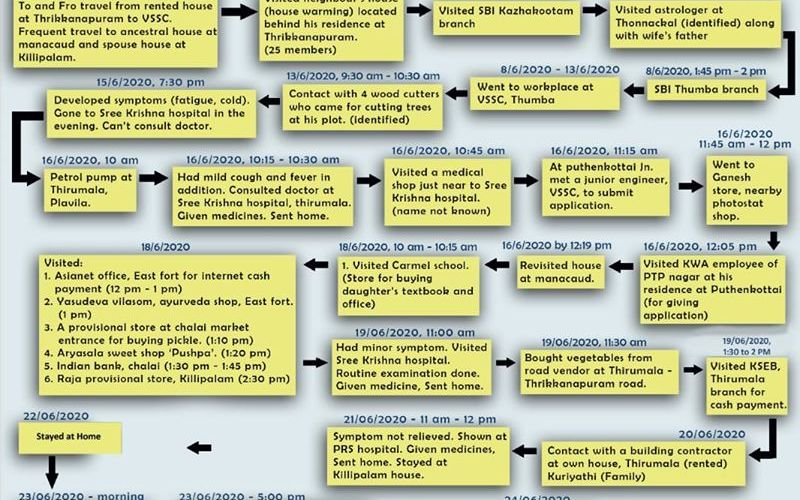 Thiruvananthapuram: The district authority has released the route map of the Vikram Sarabhai Space Centre (VSSC) employee hailing from Thrikkannappuram who tested positive for COVID-19.

It is learned that he came into contact with many people as he attended the house warming ceremony of his neighbour. The man, who tested positive for coronavirus on June 24, is currently undergoing treatment at the Thiruvananthapuram Government Medical College.

The route map revealed that he visited the KSEB office at Thirumala on June 19. The district authority has asked the people who visited these places on the same date to contact the following numbers: 1077, 9188610100.

The detailed route map of the patient is as follows: 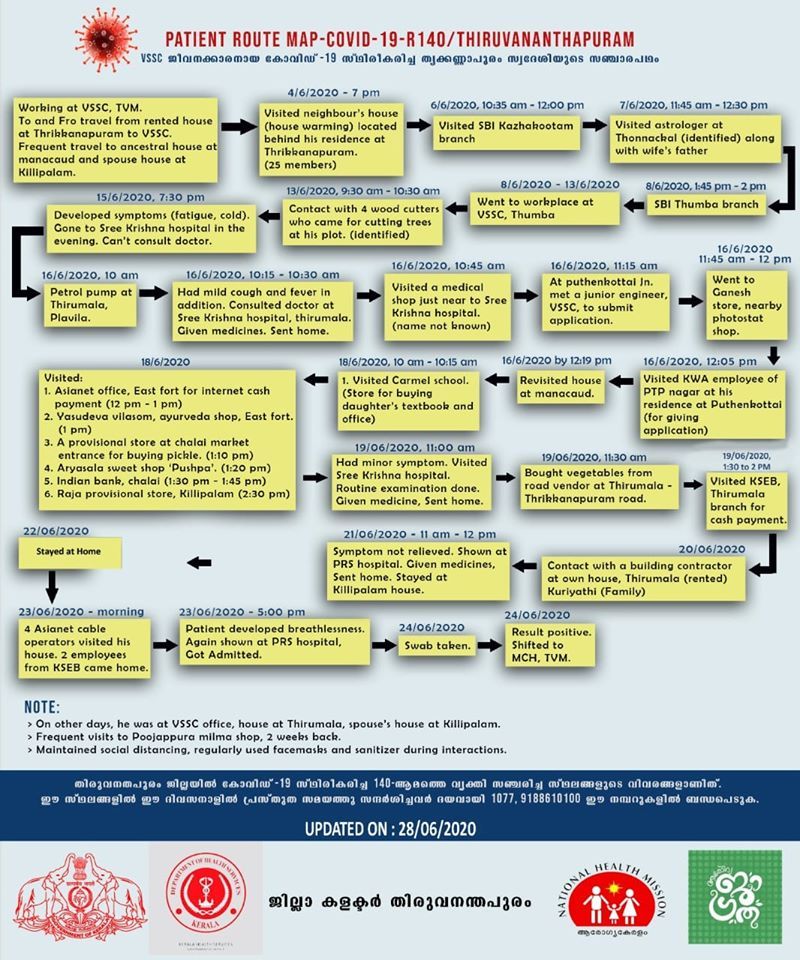