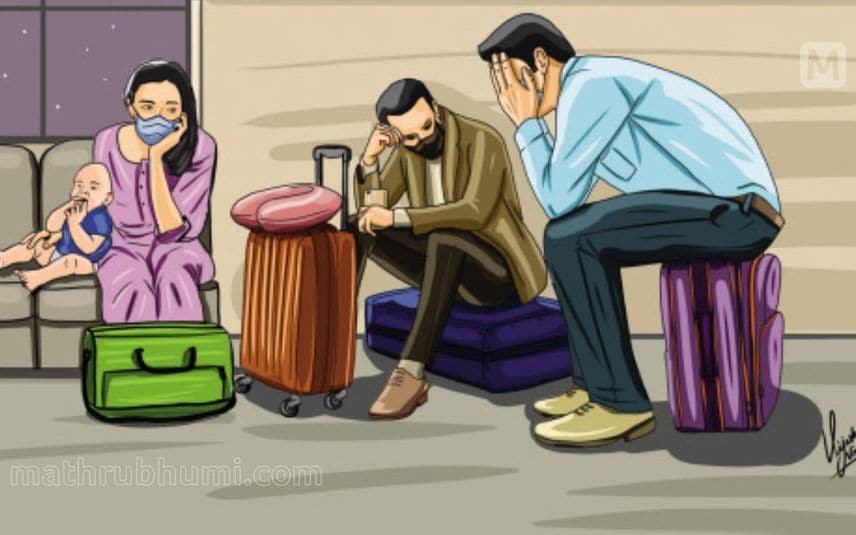 Thiruvananthapuram: In the wake of discrepancies in rapid antigen test results of the same person in two airports in Kerala, the Non-Resident Indians' (Keralites) Commission has taken up the matter.

Recently, Pravasi Bharatiya Award winner and activist Ashraf Thamarasery, based on his personal experience, raised suspicion over the accuracy of rapid antigen tests in Kerala airports. He, who was found positive for Covid-19 in Thiruvananthapuram airport, within seven hours was found negative at Kochi airport. On social media, he also shared about his bad experience with the authorities of Thiruvananthapuram airport.

He alleged that the typical mechanism and behaviour of the authorities have not changed. Ashraf urged both state and central governments to look at such matters as this may affect the expat community.

The social media post was widely circulated and the overseas chapter of the state Congress took up the matter. Based on their complaint, the Kerala NRI Commission intervened and sent notices to the secretary of Ministry of Civil Aviation, the concerned airport manager, principal secretary of the state health department, medical officer of Thiruvananthapuram and CMD and manager of Micro Health Laboratory which conducts the test, seeking their explanation over the matter. They are also supposed to appear in the Adalat to be held on January 14 in Kochi.