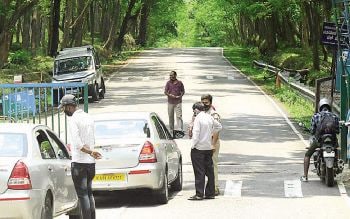 Sulthan Bathery: Karnataka has tightened its surveillance on border check posts again as the threat of Omicron variant of Covid-19 looms over the world.

Even though the variant has not been confirmed in India, the neighbouring state has started to enforce the mandatory RTPCR negative certificate clause to enter the state.

Karnataka deployed more police in Moolahalla, Kutta, Bavali check posts on Sunday. They try to stop and tell commuters to return without the test result. A KSRTC bus was sent back from the Moolahalla check post on Sunday. Following this, Kerala RTC is accomodating only travellers having test result in buses to Karnataka.

Even though RTPCR results have been made mandatory for Keralites travelling to Karnataka, they have relaxed the implementation of late. The regular travellers on the border areas are struggling with this new development.

However, either the vaccine certificate or a negative RTPCR test result is enough to enter Kerala and Tamil Nadu.