Kerala Police out to curb any public New Year celebrations 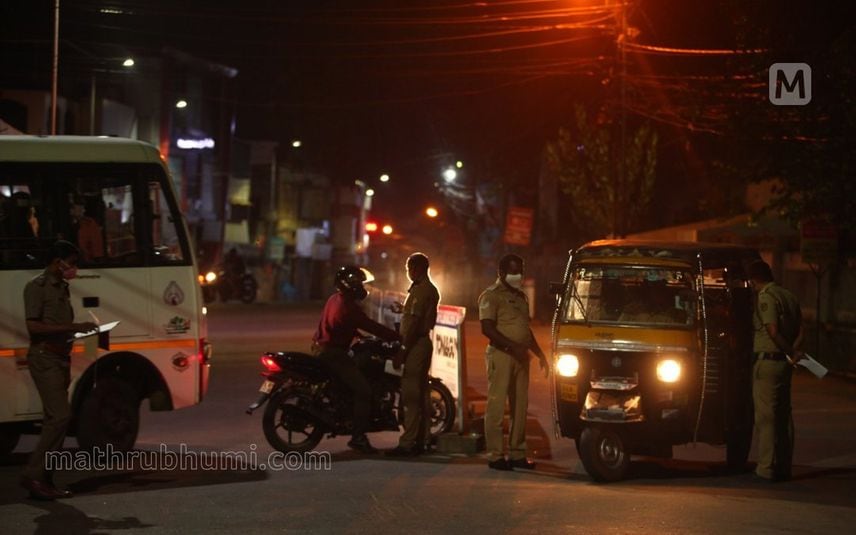 Thiruvananthapuram: With night curfew in place from Thursday night, all those Kerala residents, who had planned a New Year's Eve bash, have to get indoors latest by 10 pm, if they don't want to face police action.

Even as daily new Covid cases in the state were coming down after staying the highest in the country for close to two months, the arrival of Omicron has again changed the situation for the worse as 44 cases of the new variant were logged on Friday. With this, the those who had planned a night out will have to reframe their plans, as the police have announced stern action against violators.

A special meeting chaired by Chief Minister Pinarayi Vijayan decided to impose night curfew from 10 p.m. to 5 a.m. from December 30 to January 2 and also clamped curfew in beaches across the state, where the maximum crowds used to gather to usher in the New Year.

As a result, the Kerala Police announced that all people should clear out of the Kovalam beach latest by 8.30 p.m on Friday, while at the Kozhikode beach, the police started to turn away people from 5.30 p.m. onwards. It was the same at Kochi.

At Kovalam beach, Swedish tourist Steve was stopped by the police and was asked to open his bag to show if he was carrying liquor. When he complied and showed the liquor bottle, the police asked for the bill and since he had not taken it, he was stopped.

The angry tourist decided to open the bottle and pour out the contents. He also showed his concern for the environment, putting the now empty plastic liquor bottle back in his bag, instead of throwing it on the ground. This entire scene was shot on a camera and has now gone viral.

The police has also made elaborate arrangements to take action against those who drink in public and those caught driving under the influence of alcohol will face fines.

State Health Minister Veena George has asked all the people to ensure that there should be no violation of Covid protocols and that wearing of N-95 masks is the best option besides maintaining social distancing at all places once out in the streets.