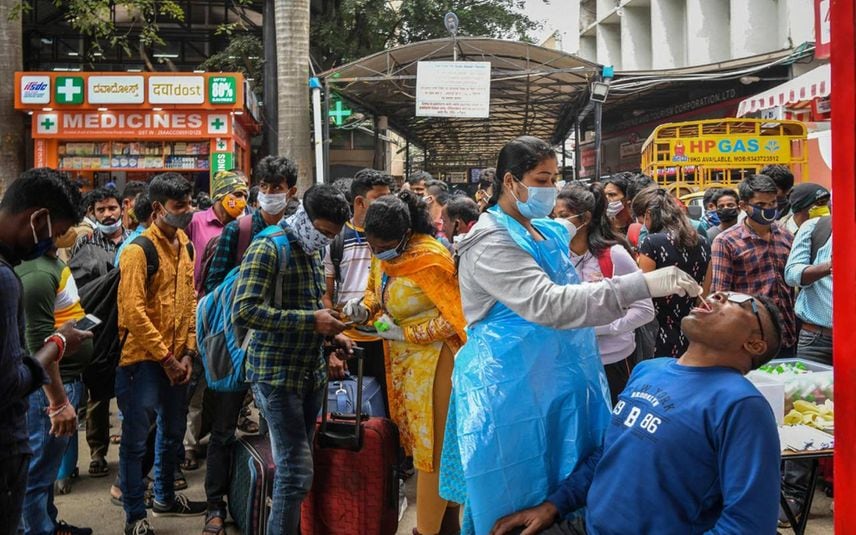 One person each from Thiruvananthapuram and Kollam, two each from Alappuzha, Ernakulam and Thrissur districts have been detected with the new variant of the virus.

Meanwhile, the first Omicron positive patient aged 39 has been discharged from hospital.

"The three-year-old came from the UK along with her parents. Her parents were tested negative on arrival at the airport. They were under home quarantine. The tests were done after the child started showing symptoms," the health department said in a release.

The new variant was confirmed in the examination of their samples conducted at Rajiv Gandhi Centre for Biotechnology here after they turned COVID positive.

The state had detected its first Omicron case on December 12 in Ernakulam district when a person who had returned from the UK tested positive.