Adoption row: Anupama gets her child back 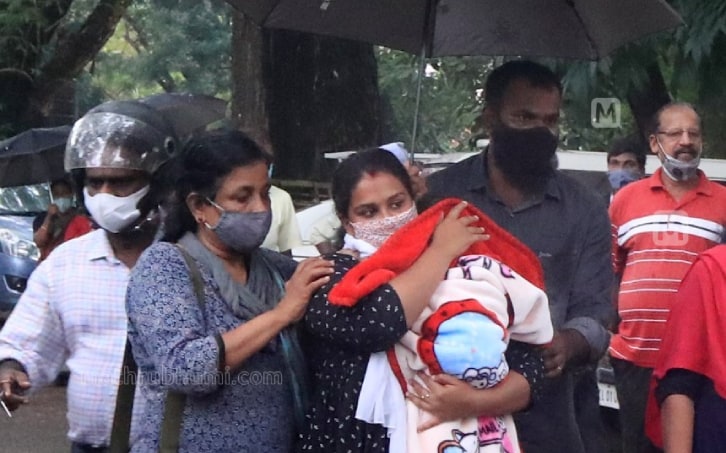 Thiruvananthapuram: Vanchiyoor family court has pronounced the verdict in connection with the illegal child adoption case on Wednesday. The child has been handed over to Anupama and Ajith, the biological parents of the child. Before the handing over of the child, a medical examination was performed. The doctor also was summoned to the court for this.

Anupama went to the protest venue after receiving the baby. She said that she will continue the protest until the those who are responsible for the issues are punished.

The child was brought to the court in a vehicle of the Child Welfare Committee with police protection. As the DNA results were in favour of Anupama, the government has instructed the pleader to take necessary steps to hand over the baby immediately.

The report prepared by the Director of Child Development was handed over to minister Veena George. This will also be tabled before the court.