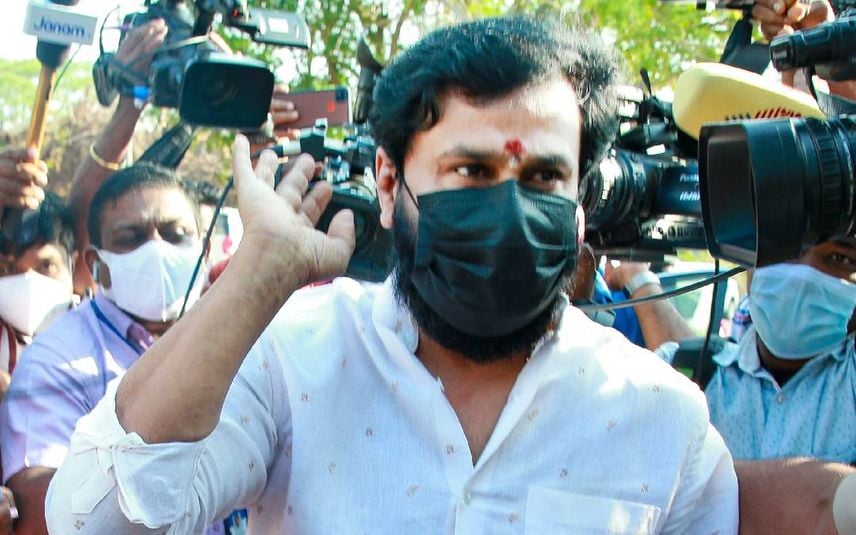 Kochi: A Kerala court on Monday framed charges of destruction of evidence against actor Dileep in the 2017 actress assault case in which he is one of the accused.

The court framed charges under Sections 201 (causing disappearance of evidence of offence) and 204 (destruction of electronic record or document to prevent its production as evidence) of the Indian Penal Code against the actor and his businessman-friend Sarath, Dileep's lawyer Philip T Varghese said.

The court read out the charges to the actor and his friend who denied the same and thereafter, the case was listed on November 3 for scheduling of witnesses by the prosecution, Varghese said.

From November 10 onwards, the examination of witnesses in connection with these two additional charges would commence, the lawyer said.

On October 28, the court had dismissed the actor and his friend's pleas in which they had claimed that the charges were not made out against them.

These charges were invoked against them by the police in an additional charge sheet filed by it in July this year after carrying out a further probe into the 2017 case based on certain revelations made by director Balachandra Kumar.

The sexual assault survivor, an actress who has worked in Tamil and Telugu films, was allegedly abducted and molested in her car for two hours by the accused, who had forced their way into the vehicle on the night of February 17, 2017 and later escaped in a busy area.

The entire act was filmed by the accused to blackmail the actress, according to the prosecution. There are 10 accused in the case.