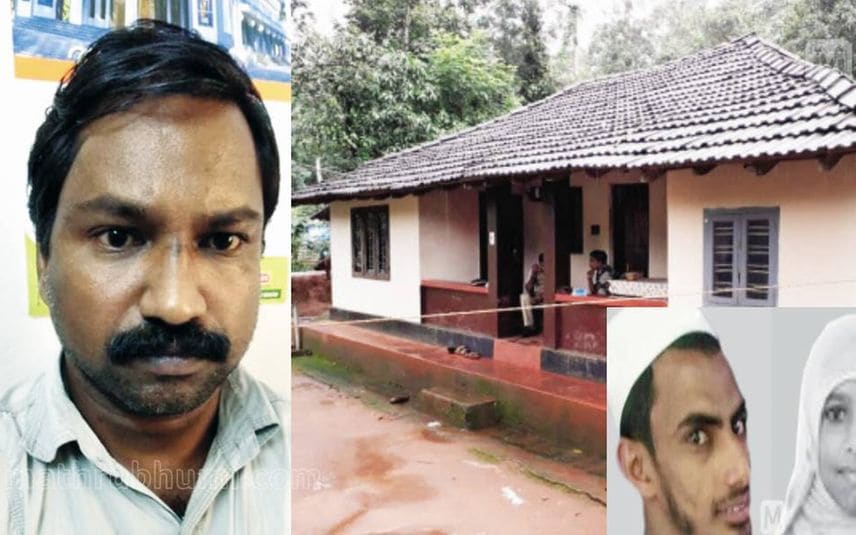 Viswanathan, Ummar and Fathima in inset

Kalpetta: District sessions court of Kalpetta found accused Viswanathan guilty in the twin murder which took place at Vellamunda's Kandathuvayal. The court will pronounce the quantum of punishment on Monday.

The incident pertaining to the case happened on July 6, 2018. Newlywed couple Ummar (26) and Fathima (19) were found murdered in their bedroom and the police could not spot any evidence initially in the case. The investigation had been taken up by a special team under DySP KM Devasya.

Police nabbed Thottilpalam native Kalangottummal Viswanathan, after a probe spanning two months. Viswanathan reached the house of the couple to steal Fathima's gold chain. He thrashed the couple to death using an iron bar when they woke up amid the theft attempt. After confirming death, he robbed Fathima’s jewellery and a mobile phone from there. Before leaving the spot, he had sprinkled chilly powder all over the house.

The trial began in November 2020 at the district sessions court after filing a charge sheet in the case. Among the 72 witnesses, 42 persons were selected to appear for trial.

700 persons were under the police radar before nabbing the real culprit. Viswanathan was under judicial custody from the day he had been arrested.