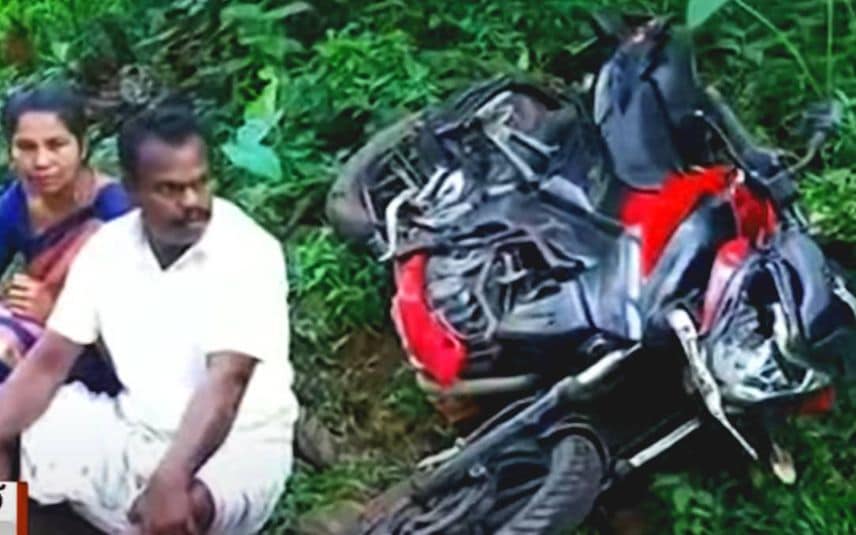 Anakkulam: A couple had a narrow escape from a wild elephant on Sunday morning at Mankulam in Idukki. The elephant ran towards Anakkulam natives Johnny and his wife Daisy, on their way to church on a bike.

The duo fell from the bike as Johny who was riding the bike lost control of the bike. They managed to escape from the elephant as they fell to the other side of the road. The elephant trampled the bike.

The forest officials took the couple to a nearby hospital later. They sustained minor injuries after falling from the bike. The natives complained that wild elephant attacks have been surging in the locality.

Rehabilitation, prevention of breeding in the offing to tackle wildlife menace: Saseendran