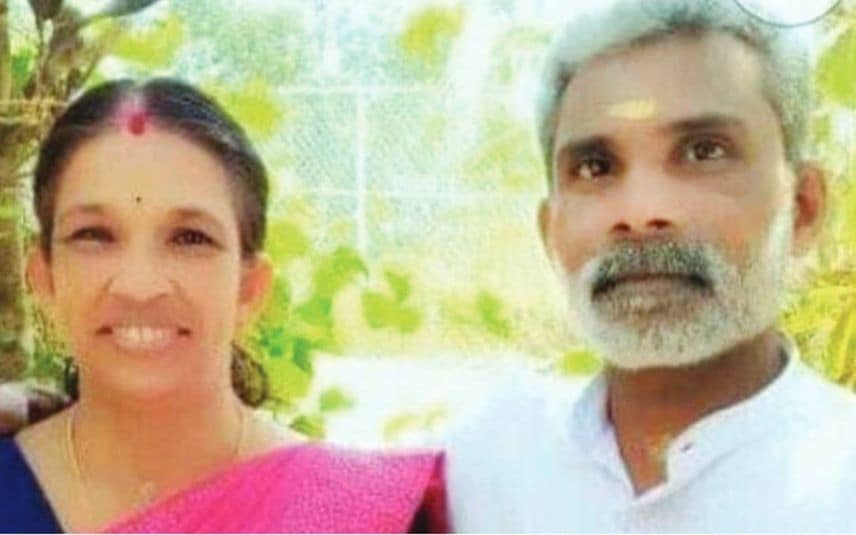 Ayarkunnam: A couple found dead under mysterious circumstances in Ayarkunnam, Kottayam on Sunday. The deceased are identified as Sunil Kumar (52) and his wife Manjula (48).
Sunilkumar was found hanging inside his house while his wife Manjula's body was seen lying in the same room.

Police suspect that Sunilkumar might have killed himself after murdering his wife. A conclusion could be derived only after a detailed probe, they informed.

The couple’s son who returned from the tuition centre in the evening, spotted the dead bodies first. Later, the neighbours rushed to the house and took Sunilkumar and Manjula to a nearby hospital. However, the couple could not be saved.

The probe team reported that strangulation marks were found on Manjula’s neck.

Sunilkumar was a carpenter and Manjula was employed at a bakery. The couple is survived by ther daughter Akshara and son Devanand.