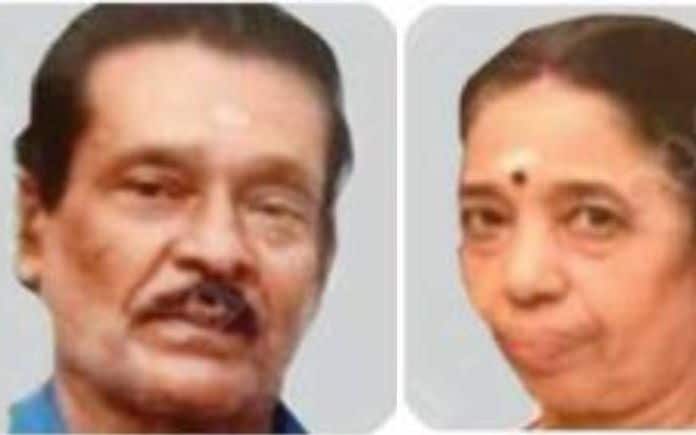 Pantheerankavu: Two charred bodies of an elderly couple were found in a house at Palazhi on Wednesday morning. The deceased could have killed themselves by dousing petrol and setting themselves ablaze. They were identified as Madhusoodanan Nair (76) and Pankajakshi Amma (66).

When the locals found flames emanating from the house, they broke open the door and entered. The Fire and Rescue officials could not bring the vehicle near the house as the path from the main road was narrow. Though locals put out the fire, they could not save the lives of the couple. The mortal remains of Madhusoodanan was found in the bedroom, while his wife was lying in the dining hall. Some of the natives claimed that they had seen Madhusoodanan Nair carrying a can of petrol to his house on Wednesday morning.

Madhusoodanan, who was a security staff earlier, was not going for work due to health issues. The tragic incident happened when their son Shaji had gone for work. Shaji’s wife was also not at home.

(Suicide is not a solution to any problem. Seek the help of a mental health expert if you are in distress. Toll-free helpline number= 1056)

Kundara Bomb Case: Prime accused says he is innocent, was not present during ...

KIIFB’s KIIFCON to roll out soon, will provide consultancy services