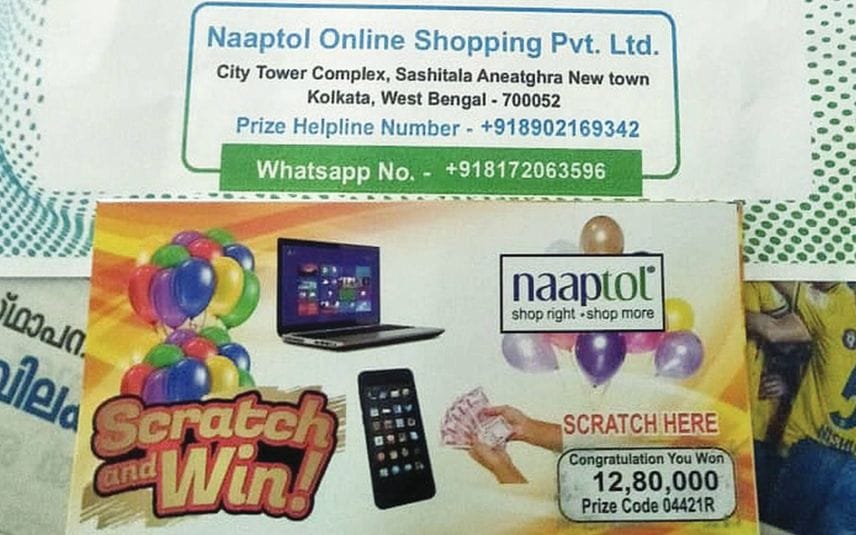 Nedumkandam: A young woman here witnessed a fraud attempt by sending a fake scratch card by registered post in the name of an online shopping company. The woman escaped without losing any money as she realised the fraud.

On Monday, a letter and a scratch card with the name and logo of the online shopping company came to Mini Shaji, wife of Mullavelil MS Shaji. When the woman scratched the card, it said she has won a gift of Rs 12.8 lakh. An SMS came immediately describing that she has won the lottery.

Mini and her husband called the number and inquired about the gift. On the other end of the call, someone in guise of an employee of the online shopping company explained that Mini has won Rs 12.8 Lakh and to transfer the amount, a sum of Rs 12,000 has to be sent to a given number via UPI. They hung up the call realising it was a fraud. Mini has not filed a police complaint as she has not lost any money.

Malappuram: Police arrested the fiance of ...

2 Malayali boys drown in a lake in Northern Ireland