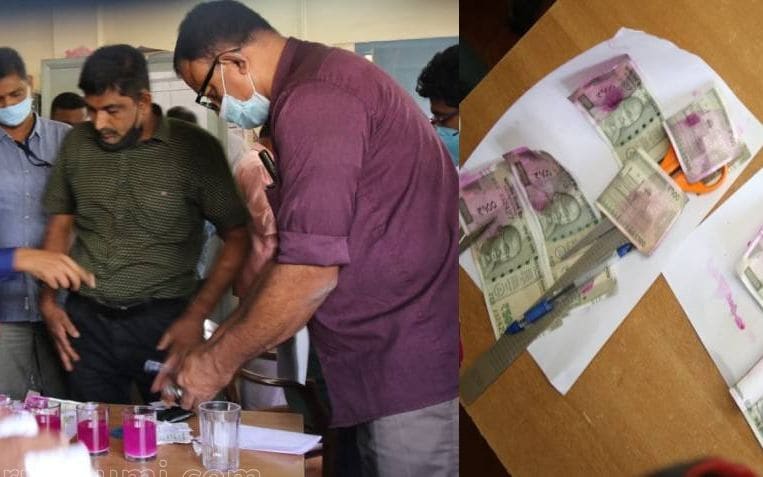 Kasaragod: Vigilance department arrested an agricultural officer at Chengala for allegedly taking bribe. The accused was identified as Ernakulam native Aji who reportedly accepted bribes amid the selection of beneficiaries for ‘Subhiksham Surakshitham’, a combined project of the central and state governments.

The investigating team of Vigilance who reached for the probe seized Rs 5,000 from the accused. The probe led by DySP was based on the complaint lodged by the CPM branch secretary of Chengala.

The complainant informed that Aji had demanded a month’s collection from the programme citing charges for honorarium. Aji demanded the entire Rs 7,000 received by the beneficiary in the first month and said Rs 5,000 is needed to carry out computer works of the project.

He had also asked to give the remaining Rs 2,000 soon. The complainant also alleged that Ali had demanded Rs 3,000 from another person.