Pathanamthitta’s 14,974 positive cases after jab are through reinfection, say experts

NCDC’s figures reflect the general reinfection cases and not ‘breakthrough’ cases. This rate was just 0.07 per cent which was negligible because even in the developed countries the rate was more than 0.1 per cent. The reinfected cases could not be considered breakthrough infections. 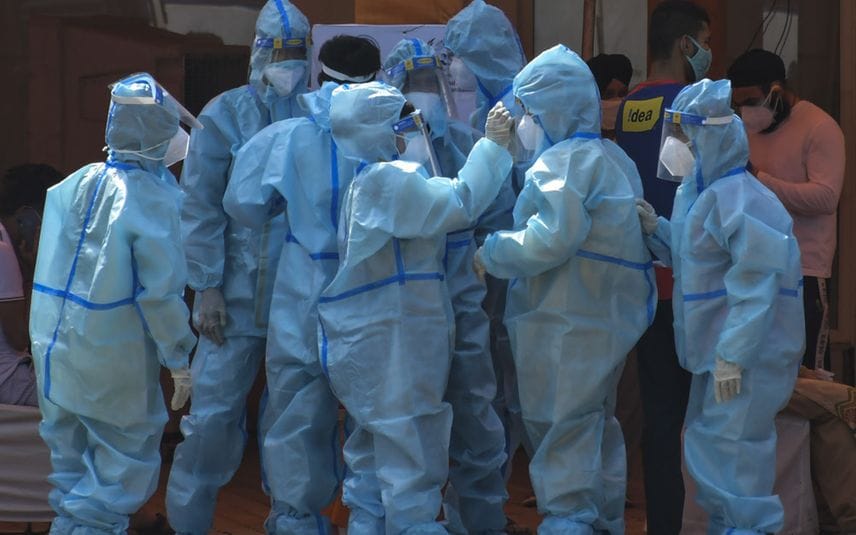 A six-member central team from National Centre for Disease Control (NCDC) had pointed out that in Pathanamthitta, 14,974 people had turned Covid positive after receiving the first dose and another 5,042 after the two doses of the vaccine. Is this news for panic? Are ‘breakthrough’ cases that high in Kerala?

“In fact, no,” explained Dr Sheeja A L, DMO Pathanamthitta adding that the NCDC’s figures reflect the general reinfection cases and not ‘breakthrough’ cases. That begs the question, what is a breakthrough infection?

A breakthrough infection has been defined by the United State’s Centre for Disease Control and Prevention (CDC) as the detection of the SARS-CoV-2 virus that causes COVID-19 in an individual 14 days or more after getting fully vaccinated.

Now the data given by NCDC was the overall count of reinfections that included those tested during the incubation period, within 14 days of vaccination or those who received vaccination while being positive. A period of 14 days was required to get immunity from the vaccine taken. So, the reinfections were not a failure of the vaccine or health department, also the breakthroughs were very low in Pathanamthitta, she stated.

As per the records of the Health Department of Kerala, only 4,490 persons had been infected after 14 days of the first dose of the vaccine and only 258 people who were fully vaccinated tested positive. This was the ‘break through’ number.

Dr Anish TS, Assistant Professor, Department of Community Medicine, Thiruvananthapuram Govt Med College said that Pathanamthitta was one of the districts in India with a maximum number of vaccinated people. “More than 70% have received the first dose. It is also the first district in Kerala to receive maximum second doses,” he said.

Dr Sheeja added that by August 5, Pathanamthitta had administered first doses to over 7.94 lakh persons, while more than 3.63 lakh individuals received both doses of the vaccine. So, the ‘breakthrough’ rate was just 0.07 per cent which was negligible because even in the developed countries the rate was more than 0.1 per cent. The re-infected cases could not be considered breakthrough infections.

‘Breakthroughs’ are not troublemakers

Dr Anish TS added that in Kerala since the Covid cases were high in the background, the chances for a vaccinated person to have a ‘breakthrough’ was high but that was not a troubling maker. Vaccinations reduced the severity of the infection. But it does not prevent one getting infected. The death rates would dip if one were vaccinated.

Kerala has many more people who haven’t got affected by Delta variants, so vaccinations shield them.

Even though vaccines were made from the viruses found in India in March 2020 and Delta viruses found in May 2021, protection from last year’s virus-made vaccinations would not be 100% effective. But protection through vaccination reduces the death rate and severity of the infection. For example, pneumonia could be brought down to a mere common cold, said Dr Anish TS.

In other states, the immunity received was after getting affected by the Coronavirus, so the reinfection rate was low. But in Kerala, the majority received immunity through vaccinations.