90 pc Covid deaths from June 15 were among unvaccinated, those with co-morbidities: Health Minister 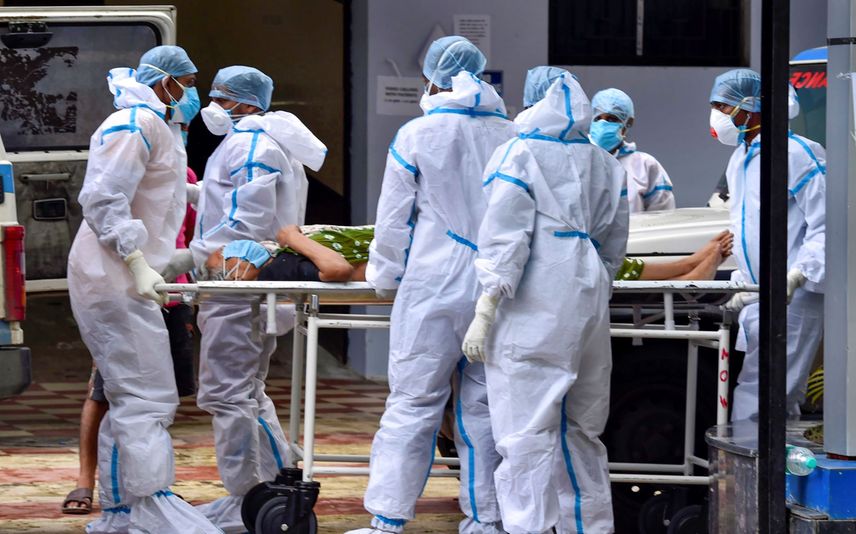 Thiruvananthapuram: Kerala Health Minister Veena George on Thursday said that 90 per cent of people who succumbed to COVID-19 in the state from June 15 till date were those who were unvaccinated and had co-morbidities.

Addressing the mediapersons in the city, George said, "As per the details available between June 15 and till date, 90 per cent of deaths are among those who have been unvaccinated and have co-morbidity condition."

Earlier today the Director-General of the Indian Council of Medical Research (ICMR) Dr Balram Bhargava in a press briefing had said that 96.6 per cent of people, who have been innoculated with the first dose of COVID vaccines, have been able prevent death while it prevents death by 97.5 per cent after second dose.

Meanwhile, with the state all set to reopen higher education institutions for final year students on October 4, the government is expecting to finish administering the first dose of COVID vaccine to all college students before September 30, the Kerala health minister said.

Talking about the Nipah virus, which was detected in Kozhikode early this week, George said, "We have sent 68 samples for testing and all these 68 samples are in the high-risk category. These samples have tested negative for the Nipah virus. As of now, the situation is under control. But the incubation period 21 days from the date of contact. All the patients are in strict isolation. Close monitoring is being conducted and we have opened 24*7 control room. We are also doing contact tracing and source identification. As many as 6-8 persons are symptomatic and their condition is stable." (ANI)

Congress to take up buffer zone protests alongside farmers

Kozhikode: The state conference of the Centre ...

India in danger of becoming Hindu nationalist State: US Congressman