Contesting and winning election is not political responsibility; KM Shaji hits out at Kunhalikutty

He was speaking at a meeting organized at Nadapuram for Muslim League representatives who won the LSG polls. 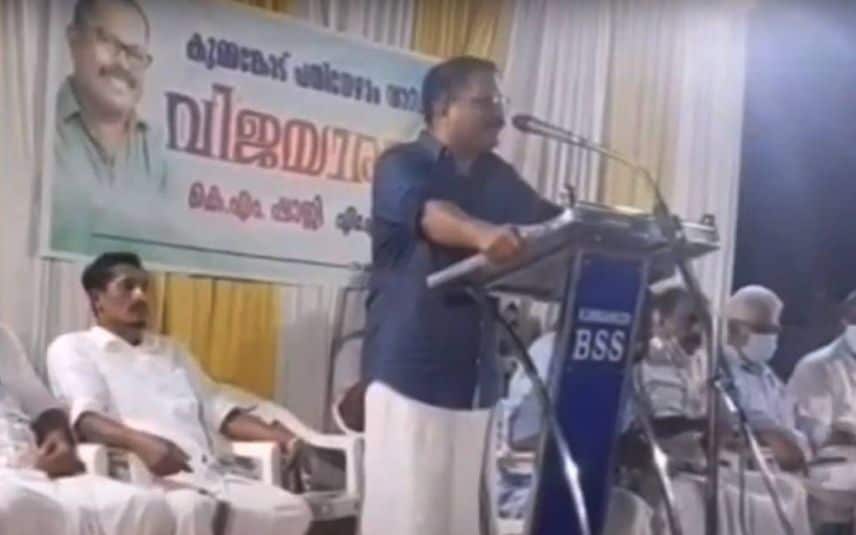 Kozhikode: Muslim League State Secretary KM Shaji launched an indirect attack on PK Kunhalikutty’s return to state politics. Shaji stated that contesting and winning in election alone is not political responsibility and that those who remain outside electoral politics are more responsible.

He was speaking at a meeting organized at Nadapuram for Muslim League representatives who won the LSG polls.

KM Shaji stated that the responsibility comes when public elect someone to office. The responsibility handed over by the public should be fulfilled. He also added that working for the sake of attaining political power is not the style of Muslim League.

Thiruvananthapuram: The accused in Vismaya dowry death case, Kiran Kumar, who was sentenced to 10 years of rigorous imprisonment, was shifted to Poojappura ..

Kannur: Kalliasseri native P K Suleikha's world stopped spinning when she was widowed seven years back. Years on, she has fought her way through all odds ..

Karipur: Police seized gold compound weighing 2.5 kilogram from outside the Kozhikode airport. The gold worth Rs 1.5 crore has been attempted to be smuggled ..