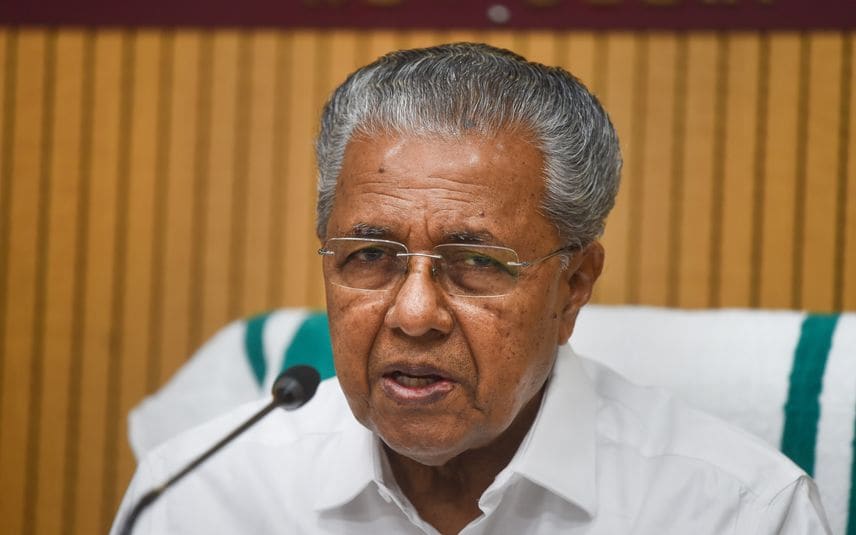 Thiruvananthapuram: Kerala Chief Minister Pinarayi Vijayan on Saturday said constitutional values like secularism, democracy and federalism are facing serious challenges in the country and hurdles are being created in realising the true federal concept of complacent states, a strong Centre and dynamic local self-governments.

The fundamental democratic principle that the state governments, elected by the people of the respective states, should play an equal role with the central government in the development of the country is being forgotten, he said in his Constitution Day message.

"India's Constitution, which encompasses the ideals of our anti-imperialist struggle, is facing a wide array of challenges on this 73rd anniversary of its adoption. It's time to join the fight to fend off such threats and defend its spirit and values on our #ConstitutionDay," Vijayan tweeted.

Indirectly referring to the ongoing tussle between his government and Governor Arif Mohammed Khan, the CM said even those holding high Constitutional positions are being used to pressurise elected governments is one of the concerns on this Constitutional Day.

"Today, the values of secularism, democracy and federalism in our country are facing serious challenges...The challenges being faced by our Constitution, even on the 73rd anniversary of its adoption, are not just trivial," he said.

Targetting the Centre, he said there are moves to make citizenship in accordance with ones' religion and the public sector undertakings (PSUs) are being sold off one by one in the country.

The Marxist veteran further charged that employees' rights were being stripped off and the Constitutional principles of secularism were being subverted in the higher education sector.

All of these are being challenged legally and through protests in the public sphere and this "objection is the voice for the protection of the Constitution", he added.

The Constitutional Day is also an occasion to renew our pledge to counter such challenges and to preserve and protect constitutional values and principles.