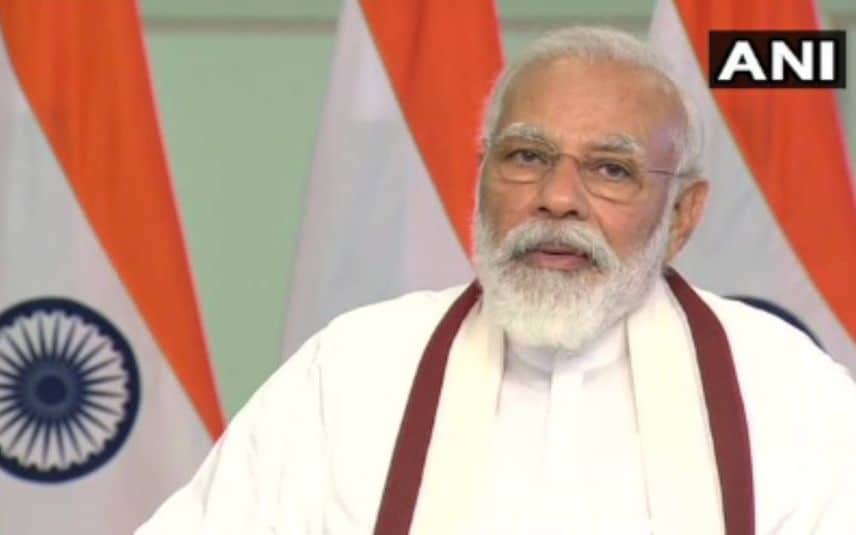 New Delhi: Asserting that the government's guiding light is the Constitution of India, Prime Minister Narendra Modi on Saturday said the government does not discriminate between faith, gender, caste, creed or language and is led by the desire to empower 130 crore Indians.

Addressing the 90th birthday celebrations of Rev Joseph Mar Thoma Metropolitan in Pathanamthitta of Kerala via video conference, he said, "We have taken decisions not from comfortable government offices in Delhi but after feedback from people on the ground."

The prime minister asserted that Government of India does not discriminate between faith, gender, caste, creed or language.

"We are guided by the desire to empower 130 crore Indians and our guiding light is the Constitution of India," he told the gathering.

Referring to the fight against novel coronavirus, Modi said that due to nationwide lockdown, a people-driven fight and several initiatives taken by the government, India is much better placed than many other nations.

He said India's recovery rate is rising. The people-driven fight has given good results so far, Modi said, cautioning that people can't let their guards down yet.

"In fact, we have to be even more careful now. Wearing masks, following social distancing, avoiding crowded places remain important," he said.

The prime minister said the Mar Thoma Church is closely linked with the noble ideals of Saint Thomas, the Apostle of Lord Christ. It is with this spirit of humility that the Mar Thoma Church has worked to bring a positive difference in the lives of fellow Indians, he said.

They have done so much in areas such as healthcare and education, he said, adding
Joseph Mar Thoma has devoted his life for the betterment of the society and the nation.

He has been particularly passionate about removal of poverty and women, the prime minister said. PTI