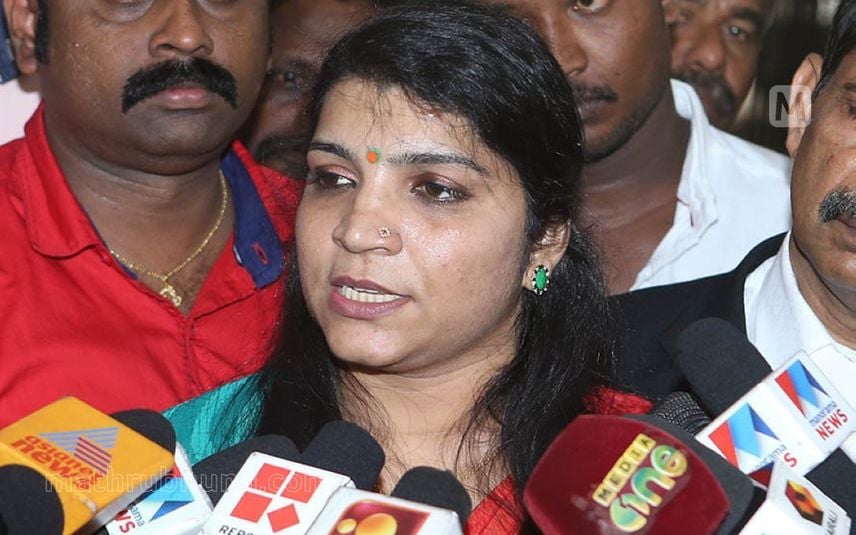 Thiruvananthapuram: Saritha S Nair, accused in controversial solar scam case has recorded her confidential statement under section 164 CrPc before the court over a conspiracy case. Saritha and PC George are booked in the conspiracy case over the revelations made by Swapna Suresh, the accused in gold smuggling case.

Addressing the media after recording her statement, Saritha said that baseless allegations are being raised against her over the case. She pointed out that she was dragged into the case.

She pointed out that there is a huge conspiracy behind Swapna’s allegations. Swapna, PC George and Crime Nandakumar are behind the conspiracy.

“VIPs are behind PC George. They are involved in gold smuggling,” said Saritha S Nair.

Former minister KT Jaleel approached the Contentment Police with a complaint alleging there was a conspiracy behind Swapna's revelations concerning the gold smuggling case. He also claimed that Swapna's statements called for a riot. Following this, phone conversations with Saritha S Nair and PC George were leaked to the media.

Saritha alleged that PC George had forced her to give a statement against the then Chief Minister Oommen Chandy. The investigating officers aim to collect the statement of Saritha to prove the conspiracy behind Swapna's recent allegations concerning chief minister Pinarayi Vijayan and others.

Kerala to expand SilverLine project to Mangaluru to overcome obstacles ...