Conspiracy case: Dileep prays at Aluva church ahead of verdict on bail plea 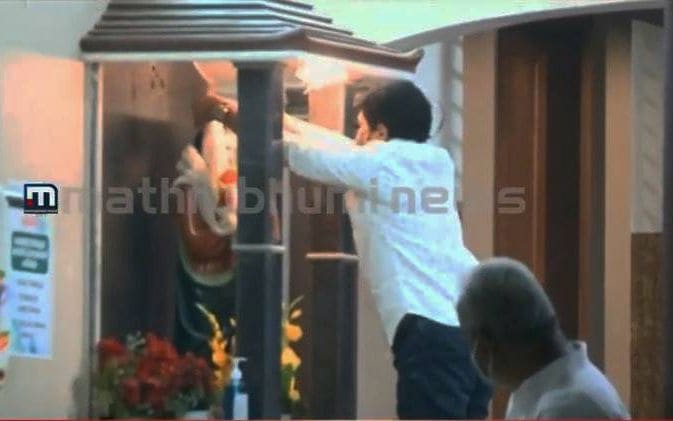 Kochi: The Kerala high court on Thursday will decide on the anticipatory bail plea of actor Dileep and others in the case of conspiring to murder police officers investigating the actor sexual assault case of 2017. Justice P Gopinath's bench is considering the petition.

The crime branch has sought custody of actor Dileep claiming that he is not cooperating with the investigation.

Meantime, the crime branch has requested the mobile phones produced before the magistrate court be inspected in the presence of the actor. However, the defendants objected that it is not right to inspect the mobile phone in court without the presence of a forensic expert. There is a chance that the phones be tampered with, they added.

Earlier, the investigation team filed an application demanding that Dileep's phones be sent for scientific examination. However, the screen lock pattern of the mobile phone was unknown. The prosecution stated that the result of the forensic examination could be delayed if the pattern is unclear. The magistrate court then sent an email directing the defendants to submit the pattern before 5 pm on Wednesday.

However, the prosecution argued that there were seven mobile phones -- four of Dileep, two of his brother Anoop, and one used by his brother-in-law. After Dileep denied owning the fourth phone, the court asked him to submit six mobiles.

The prosecution pointed out that around 12,000 calls had been made from the mobile phone, which was still not handed over, adding that it was in use till a few months back, and yet the actor stated that he does not remember using such a phone.