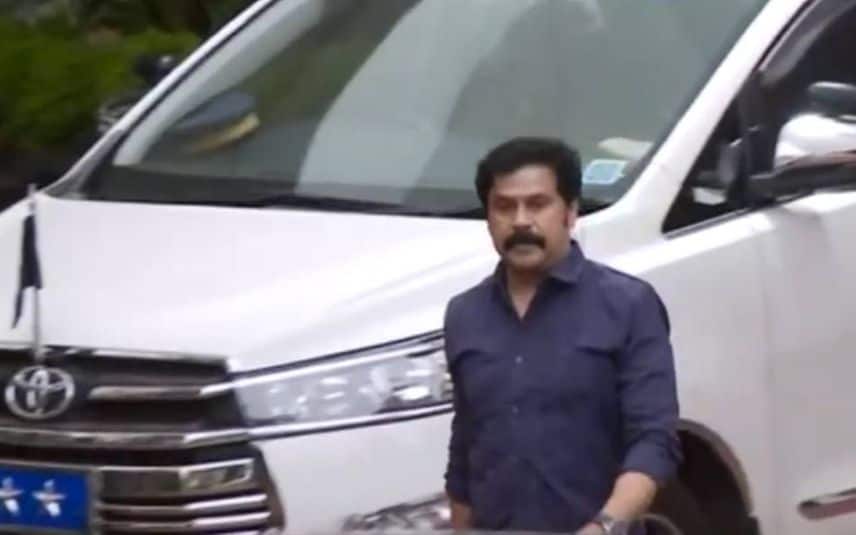 Kochi: The prosecution opposed Dileep’s demand for a CBI investigation in the conspiracy case against him. The director-general of prosecution informed the High Court that the accused should not be allowed to choose the investigation agency.

Rubbishing the CBI probe into the case, the prosecution added that Dileep failed to point out the lapses in the current probe.

Earlier, the HC asked the government to clear their stance on the CBI probe into the case. Responding to this, the prosecution opposed the CBI probe.

Dileep had asked the High Court to hand over the case to CBI if the FIR is not quashed. In this background, the HC had directed the government to clear its stance.

Meanwhile, the court questioned director Balachandra Kumar over his delay to make the revelations against Dileep even after possessing evidence.

Why was there a delay of around four years by Balachandra Kumar in revealing the alleged conspiracy by actor Dileep and others to threaten and kill the officials probing the 2017 actress assault and would it not suggest an "ill motive" on his part, the Kerala High Court asked the Crime Branch on Thursday.

"What was his (Kumar's) explanation for the delay in making the revelation? He was having the recordings right from inception. He was close to the accused' family all this time. Will it not suggest an ill motive on the part of Balachandra Kumar," Justice Ziyad Rahman A A asked the investigating agency.

The queries were posed to the agency, represented by Director General of Prosecution (DGP) T A Shaji and Additional Public Prosecutor P Narayanan, by the court during hearing of the actor's plea seeking to quash the murder conspiracy FIR or to transfer the case to the CBI for investigation.

Answering the court's queries, the DGP said the reasons for delay would be investigated and one of the reasons probably could be his close association with the actor.

The DGP further said that Kumar's character was not germane to the issue as his statements were verified and his credibility was tested on 18 separate points before deciding to take the matter forward.

"The investigating team did not proceed on the basis that he (Kumar) was telling the gospel truth," the DGP said.

He also contended that the accused in the instant case deleted, extracted and shredded data from the phones before handing them over as per the high court's order.

The DGP also argued that an inference of an agreement was sufficient to constitute conspiracy.

The high court on Wednesday had asked whether mere utterances by a person be treated as conspiracy.

"There is only reference to utterances in the first information statement. Can mere utterances be treated as conspiracy? Can the inference of conspiracy be made merely from the utterances," were the queries raised by the high court.

The court also observed that director Balachandra Kumar, based on whose revelations the FIR under challenge was registered, appeared to have witnessed some utterances which he perceived to be a conspiracy.

The DGP on Thursday reiterated that Kumar was a direct witness to the conspiracy being hatched.

He also contended that the allegations in the FIR make out offences which warrant setting in motion of the investigation machinery.

Dileep has alleged that the murder conspiracy FIR was an outcome of a personal animosity against the actor as all the male members of his family have been implicated in it.

His lawyers had earlier argued that there was absence of any material in the murder conspiracy FIR to indicate commission of any of the offences attributed to the accused and the entire case was based on something allegedly "wished" by him.

They had also claimed before the high court that offences in the latest FIR were non-cognizable and therefore, it could not have been registered without prior permission from a magistrate.

The actor and five others were booked under various provisions of the Indian Penal Code, including Sections 116 (abetment), 118 (concealing design to commit offence), 120B (criminal conspiracy), 506 (criminal intimidation), and 34 (criminal act done by several people) and later section 302 was also added to it for allegedly conspiring to murder the officials probing the 2017 actress assault case.