Conspiracy case against Dileep: HC to pronounce verdict within one week

Crime Branch of Kerala Police had registered the case against Dileep and five others on January 9. 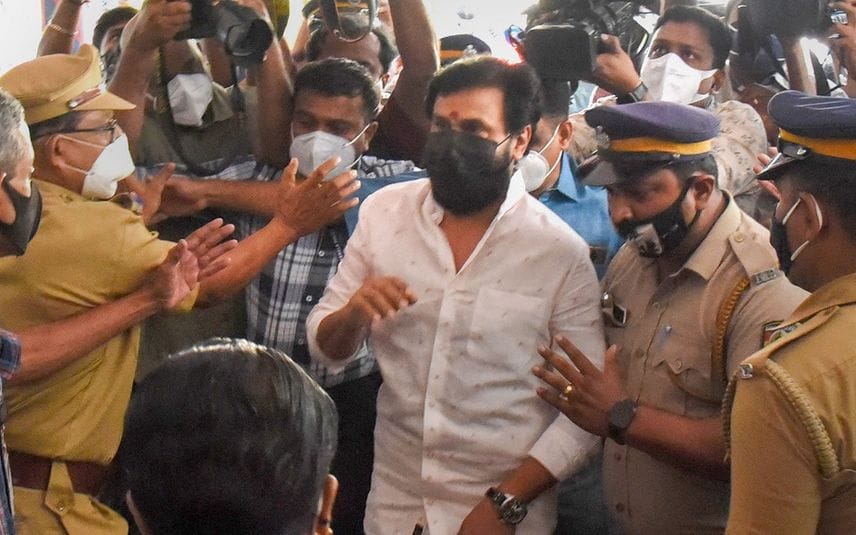 Kochi: Kerala High Court reserved its order in a case against Malayalam actor Dileep where he allegedly conspired to murder the investigation officials probing the 2017 actress assault case.

The court made it clear that it will pronounce the verdict within one week. This is in regard to the petition filed by Dileep, seeking to quash the FIR of the case.

The prosecution has undertaken not to file the final report in this case before that.

Single Bench of Justice Ziyad Rahman AA heard the arguments of both prosecution and the petitioner for three days.

Crime Branch of Kerala Police had registered the case against Dileep and five others on January 9.

The case was registered after some audio clips of Dileep and other accused surfaced in which Dileep and others allegedly threatened the investigating officials. Film director, Balachandra Kumar has also given his statement against Dileep in the matter.

Earlier in November, Balachandra Kumar had leveled a series of allegations against Dileep in connection to the case. He had shared audio recordings which led to new conspiracies in the case against actor Dileep.

Dileep was also accused of conspiring with others to murder the police officials who have been investigating the actor assault case.

The actress, who worked in Tamil and Telugu films, was allegedly abducted and molested inside her car by a group of men, who had forced their way into the vehicle on the night of February 17, 2017. (ANI)