The Customs probing the gold smuggling case had invoked provisions of the COFEPOSA against her in October last year. 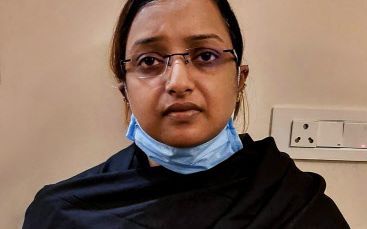 Kochi: The Kerala High Court on Friday set aside the preventive detention imposed on Swapna Suresh, prime accused in the sensational gold smuggling case, under the COFEPOSA (Conservation of Foreign Exchange and Prevention of Smuggling Activities Act).

The Division Bench of the High Court comprising justices A K Jayasankaran Nambiar and Mohammed Nias C P gave the order in a plea filed by Suresh's mother seeking to quash the continuous detention of her daughter under the COFEPOSA.

However, she will continue to remain in jail as she has not secured bail in the case registered by the National Investigation Agency (NIA).

She had been undergoing continuous jail term since her arrest by the NIA in connection with the case of gold smuggling allegedly using diplomatic channel.

The Customs probing the gold smuggling case had invoked provisions of the COFEPOSA against her in October last year.

The national advisory board of the COFEPOSA had approved the proposal submitted by the Customs (Preventive) Commissionerate probed the case.

The National Investigation Agency (NIA), the ED and the Customs conducted separate investigations into the racket that was busted with the seizure of gold worth Rs 15 crore from the diplomatic baggage of the UAE Consulate at Thiruvananthapuram airport on July 5, 2020.

Several people including Sivasankar, the former Principal Secretary to the Kerala Chief Minister, former employees of the UAE consulate, Suresh and Sarith P S, were arrested in connection with the case.