Congress will not disappear if it remains in opposition for 10 yrs: K Muraleedharan

When the chief minister attended the first press meet after the election victory, he was more concerned of the decline of BJP's vote share and the increase in UDF's vote share. The CM does not want BJP to get abolished, but wishes to use it as a tool to destroy the UDF. 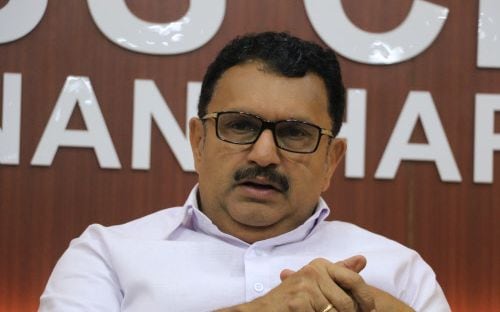 Thiruvananthapuram: Congress leader K Muraleedharan said that Congress party will never be uprooted in Kerala and that BJP would not grow here even if the CPM tries very hard. He added that a sudden change in leadership is not necessary following the poll debacle. He also stated that raising allegations against each other is equal to insulting the party workers.

When the chief minister attended the first press meet after the election victory, he was more concerned of the decline in BJP's vote share and the increase in UDF's vote share. The CM does not want BJP to be ducked but wishes to use it as a tool to destroy the UDF. His press meet was proof of this, Muraleedharan added.

A Vijayaraghavan claimed that Left wing is going to play a key role in national politics. They could not win a single seat in Bengal even after tying up with Congress. The party that failed to win at least one seat in a state where they ruled for 35 years now claim to rule the country, he said.

"We accept the debacle. But that does not mean Congress would be finished. The party has faced even tougher fights in other states. Congress is not a party that will disappear if it remains in opposition for 10 years. Also, BJP will not grow here no matter how much they try, Muraleedharan stated.

A change of generation is necessary. But changing everyone will result in a total failure. The jumbo committees should be dispersed, Muraleedharan demanded.