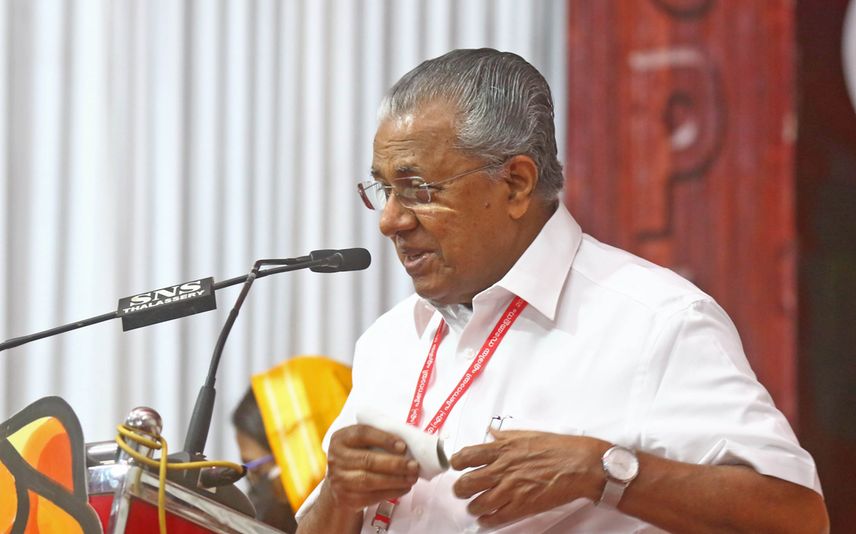 Malappuram: Amid facing strong protests from Congress, Chief Minister Pinarayi Vijayan took a dig at the party for being unaware of Enforcement Directorate's notice to Sonia Gandhi and Rahul Gandhi.

He observed that the Sangh Parivar is attempting to silence the opposition by using the central investigation agencies. As a part of this, Enforcement Directorate had issued notices to Sonia Gandhi and Rahul Gandhi recently. However, the UDF workers, especially Congress activists have no idea of this, said Pinarayi Vijayan. He added that Congress is refraining to respond over the matter.

The opposition in Kerala has been staging huge demonstrations against Pinarayi Vijayan after Swapna Suresh raised allegations against the CM and his family. Though CM refused to give a direct response to the accusations against him, he left a few remarks regarding it in his speech. He cited that Congress and BJP always adopt a stance which is against the developmental activities in Kerala.

Meanwhile, protests strengthen in the state against the ban of black masks in the venue of the events attended by the CM. By referring Pinarayi Vijayan as dhoti-clad Narendra Modi, opposition leader VD Satheesan opined that it would be better for the CM to stay inside his house. He also remarked that CM’s tight security, including over 40 cops and officials, a fire force vehicle, a medical team and an ambulance had shocked him. Whenever CM visits any of the districts, all the police officers there will be deployed for the event, alleged Satheesan.