Congress to take up CMDRF fraud issue in Kerala Assembly

The police have so far charged seven people who conspired and diverted the money which the police say it would be around Rs 12.94 lakh. 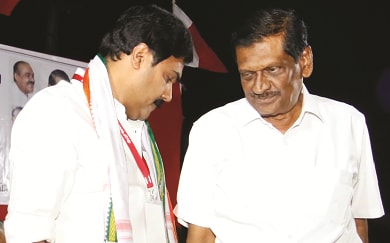 Thiruvananthapuram: Even as hundreds of people, who were affected in the worst ever floods that hit the state in 2018, continue to wait to get their compensation from the Chief Minister's Distress Relief Fund (CMDRF), the Congress in Kerala on Friday demanded a probe, saying it will raise the issue in the Assembly.

The police have so far charged seven people who conspired and diverted the money which the police say it would be around Rs 12.94 lakh.

They have arrested four people including a couple.

Raising this issue was senior Congress legislator V. D. Sateeshan, who on Friday said that if the police conduct a proper probe, more arrests will take place and it would include a few top people.

"We will raise this issue in the Assembly. There were lots of complaints against the arrested official, but no action was there for long. If the probe goes in the right direction, then more people will be arrested," said Sateeshan to the media.

The first arrest came last week when a state government official Vishnu Prasad at Kochi who was dealing in distributing the financial aid that came from the CMDRF and soon followed when the police arrested three others including a couple.

Joining issue was Kerala Governor Arif Mohammed Khan who told the media that he will not comment on it now as the state government is already doing its job.

Meanwhile, angry local residents who were found standing before the local authorities involved in collecting letters of complaints from people who are yet to get the compensation said this is really sad.

"We have been running from pillar to post and after waiting in the queue for long to give our application as we were not included earlier, the officials told us to come back next year. What's happening, we do not know as who knows if we will be alive next year. We suffered the floods in 2018 and till now nothing has happened," said an angry man.