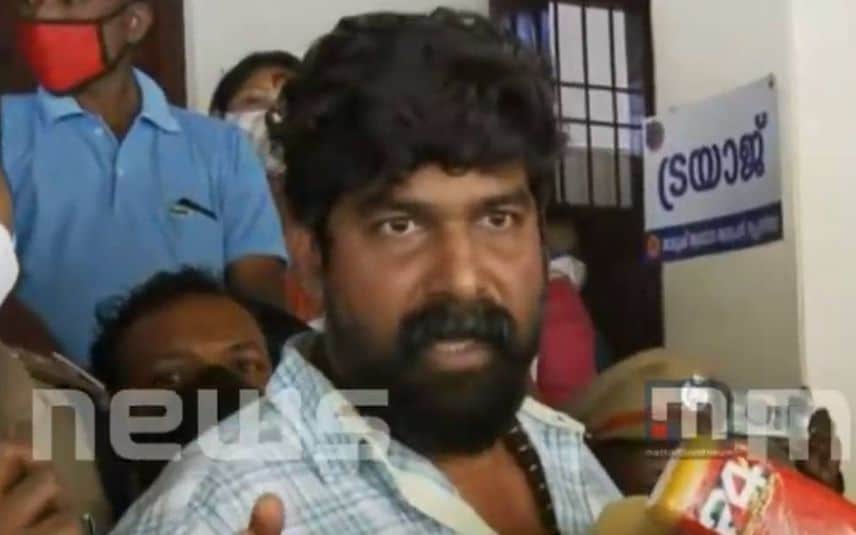 Kochi: A protest organised by the Congress party against the skyrocketing fuel price escalated to dramatic scenes in Kochi, as it choked traffic and created confusion among the travellers.The blocking of the road evoked exasperation and actor Joju George among others who were in vehicles got out of it to convey their moral rage to the protestors over the prolonged disruption of road traffic. Congress workers allegedly thrashed the actor’s Land Rover car and tensions escalated. There were also attempts to manhandle the actor. The intervention of the police restricted further unfortunate incidents.

A slew of verbal cues against actor Joju George added to the drama amid the protest. Some made allegations that Joju was drunk. However, that fell flat later as the medical test revealed Joju was not drunk when the incident took place. The medical examination was conducted based on the complaint filed by the Congress workers.

Another verbal cue that can be heard from the protest site was that the actor reacted to the protest as he is well off with money. However, the actor responded by saying that it is his hard earned money from his work.

Visuals of the incident suggest that the protestors used foul language against the actor.

Around 1,500 vehicles took part in the protest on the stretch between Vyttila and Edappally for almost one and half hour. When the public objected to this, Congress called off the protest.