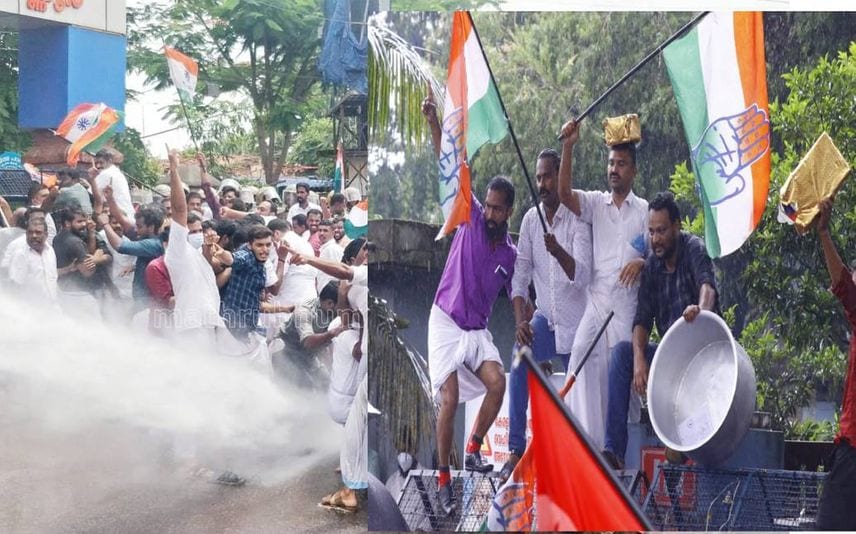 Thiruvananthapuram: Opposition parties staged huge protests in the state following the recent revelations of Swapna Suresh against the Chief Minister Pinarayi Vijayan and his family.The Congress-led marches demanding the resignation of CM turned violent in many locations. Police used water cannons to dismiss the protesters in Kozhikode, Kannur and Kochi.

In Kasaragod, the Congress activists threw a biriyani pot on the premises of the collectorate. 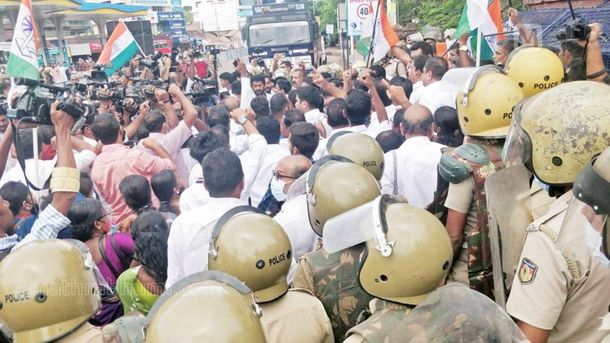 Police attempted to disperse the crowd during the Congress-RYF march and resorted to baton charge in Kollam. Both the cops and protesters were injured in the attack. Minor clashes were reported during a Congress march in Kannur also.

Police served a warning notice to KPCC president K Sudhakaran just before the party led a demonstration to the Collectorate in Kannur. The unusual notice from the police informed him to take precautions to avoid clashes during the march and warned strict action against him if any attack takes place. 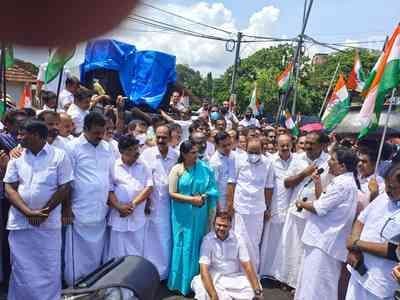