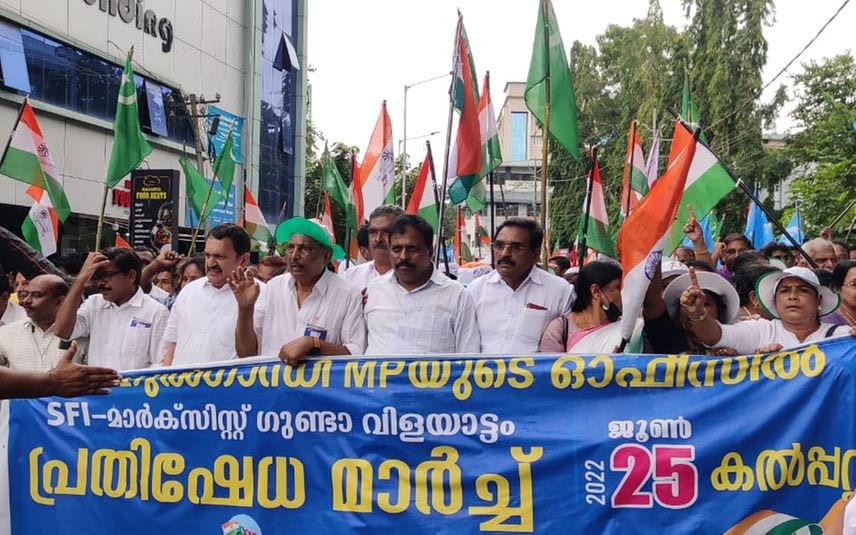 The organisers did not let police control the mob. However, a large number of personnels is in the town.

Siddique said that the party will continue the protest till the CPM tenders apology.

It was on Friday that SFI workers entered the office of Rahul Gandhi in Wayanad and vandalised it in protest against his 'silence' in the buffer zone issue. The hill regions in the state have been witnessing protests for the last few weeks against the Supreme Court mandate for setting up buffer zones (eco sensitive zones) of 1 km around forests.