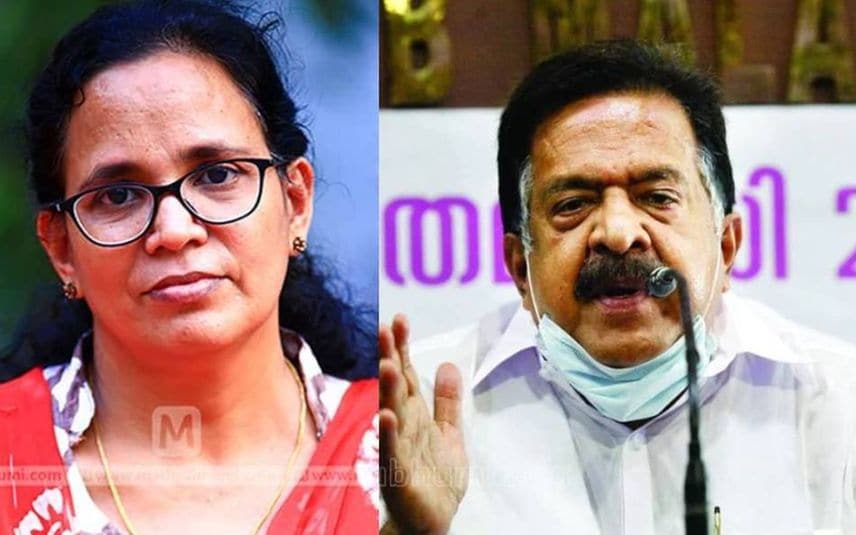 Thiruvananthapuram: In what could be a crucial face-off that has started shaping up at the Vadakara assembly constituency of Kozhikode district, K.K. Rema of the Revolutionary Marxist Party (RMP) is likely to contest the April 6 polls, just like the Congress wanted.

Opposition leader Ramesh Chennithala had said in Delhi that UDF will support RMP if they field K K Rema in the election. As UDF offered support, RMP is likely to announce K K Rema as their candidate on Saturday or Sunday. Earlier, RMP was planning to field C K Nanu.

Rema is the widow of murdered RMP leader T.P. Chandrasekheran, who was earlier with the CPI-M. The fifty-one-year-old Chandrasekheran who had launched the RMP, was hacked 51 times by assailants on May 4, 2012 when he was returning home on his motorcycle in his hometown near Kozhikode.

In the case, 11 people were given life imprisonment, of which three were mid level CPI-M leaders and the demand for probing the conspiracy behind the murder is still with the court.

Rema has time and again taken on Chief Minister Pinarayi Vijayan for calling her husband as a renegade and the campaign is likely to see sparks fly as Rema has the full backing of the Congress led UDF.

The Congress has for a longtime been trying to get Rema to contest the polls again. An official announcement is expected on Saturday by the RMP, according to a source.

Janata Dal (U) was led by media baron M.P.Veerendra Kumar at that time and the party was an ally of the Congress-led UDF. Now the erstwhile JD (U) has been wound up and the Loktantrik Janata Dal (LJD) that has come up in its place - has left the UDF and become a new ally of the ruling Left.

The CPI-M last week sprang a surprise by giving the Vadakara seat to the LJD and M. Chandran is trying his luck this time, much to the JD(U)'s dislike, who has lost a sitting MLA to their arch rival.