“The president of KPCC and opposition leader/chief minister always get prominence in the party that does not mean others are ignored. One who leads the party is always important and they should get the backing of Oommen Chandy and Ramesh Chennithala. Only then, the Congress party can come back strongly to power in Kerala,” said Jebi Mather. 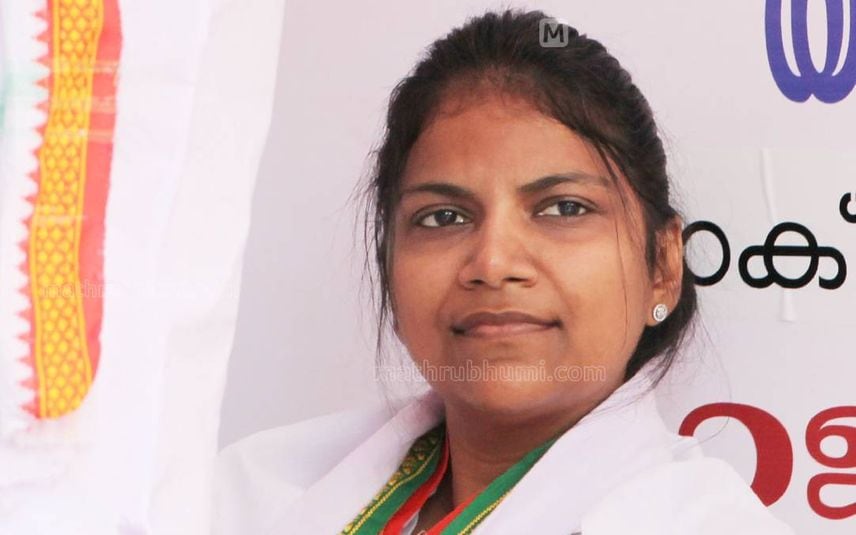 Kochi: Terming groupism in the Congress party a reality, Rajya Sabha-elect Jebi Mather, who is Mahila Congress Kerala unit President said she wishes that all her party leaders and workers stay united under KPCC President and Opposition leader over group politics.

“Groupism has been there in the Congress party ever since its formation but it has not hindered party growth ever. When we take a look back, we can see various groups under various leaders and only leaders have changed over the years not groups. By blindly stating it does not exist, groupism would not get eliminated. However, groupism affects the party only when group interests grow beyond the interests of the party in general,” said Jebi Mather.

She said that differences in opinion cannot be termed as groupism in party as Congress does not suppress people with varying opinions. “Such differences in opinions may get highlighted as groupism in the party. Whenever an issue comes for a discussion in the party, five percent may have a difference in opinion; but that cannot be read in line with groupism. One should always understand the fact that none of the Congress leaders wishes for the defeat of the party,” said Jebi Mather.

The new leadership of the Congress party has not ignored senior leaders like Oommen Chandy and Ramesh Chennithala in any sense. “The president of KPCC and opposition leader/chief minister always get prominence in the party that does not mean others are ignored. One who leads the party is always important and they should get the backing of Oommen Chandy and Ramesh Chennithala. Only then, the Congress party can come back strongly to power in Kerala.”

She termed her nomination for the Rajya Sabha polls unexpected and a recognition of women and youth. “If it is an assembly seat, it could have been expected. Usually a Rajya Sabha seat is given to senior leaders and a woman was nominated by the Congress party some 42 years ago. After all, the seat was occupied by senior leader AK Antony. Because of all these reasons, I consider this as unexpected and a big recognition. I was elected as the president of Kerala Mahila Congress after it was agreed by all. In the similar way, my nomination for Rajya Sabha was also supported by all. This must be promising as the Congress party is now in a position to take strong decisions by keeping all united," said Jebi Mather.

She also said that she owes much to PT Thomas in her political career as he used to take an initiative in guiding her in proper directions whenever needed. "In fact he was a role model in my life. Other leaders like Oommen Chandy, MO John, VD Satheesan, K Sudhakaran and all have also played a role in my political career. I respect Oommen Chandy for being a leader who won the hearts of people," added Jebi.

About giving a seat to PT's wife in Thrikkakara assembly constituency, she said Congress will take an ideal decision on it. "It is the matter of just one seat. Had it been five or more, I could have commented about giving preference to a lady candidate or youth. Since it is just a matter of a single seat, the Congress leadership will take an ideal decision to choose a winning candidate."

She also opined that accepting defeat is the foremost important thing for the Congress party in its way ahead. “Defeat does not mean that the Congress party is eliminated completely in the country. It still remains as the major opposition party and it has a presence across the nation. The Congress party must observe the functioning of BJP in this regard. BJP, even if they win, the very next day they go ahead with their work where elections are taking place in other states. They function so systematically. Similarly, the Congress party should also equip its workers to function in this manner. In a democratic setup failure is common and the Congress will come back to power soon in the state and Center," added Jebi Mather.

RS polls: Counting halted in Maharashtra, Haryana over accusations of violation of rules