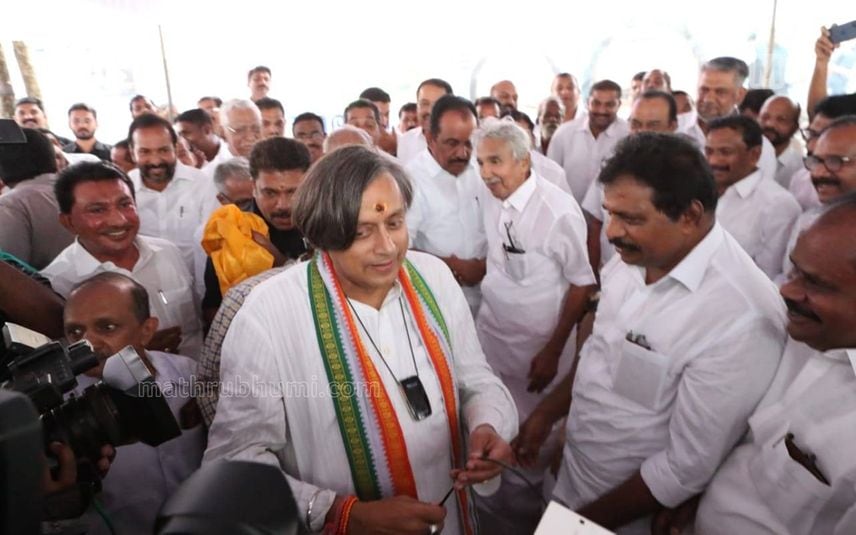 Kozhikode: Congress leadership in Kerala has been bothered over the support gained by Shashi Tharoor from the state, even after the groups publicly extended support to Mallikarjun Kharge by ousting the group differences for the Congress presidential polls. The supporters of Tharoor believe that Tharoor would secure over 100 votes from Kerala out of the total 287 votes polled in the state.

Prior to the elections, senior leaders, including AK Antony, Ramesh Chennithala, and KPCC president K Sudhakaran had declared their support to Kharge publicly, while Opposition leader VD Satheesan and Oommen Chandy covertly worked for Tharoor’s opponent.

The total 310 votes from Kerala were divided among the A group, I group and KC Venugopal faction in the party. As many as 23 persons skipped the voting held on October 17. Over a hundred delegates from Kerala have voted for Tharoor by disregarding the advice of the leadership, opined the Tharoor camp. Most of the voters from Kozhikode openly declared their support for Tharoor.

Shashi Tharoor’s entry has unified the Congress leaders in Kerala, who were separated by the group ideologies. However, the leadership is troubled by the Tharoor's influence in the party, despite their public support for Kharge.

Tharoor camp claims that the victory of Tharoor was certain if Kharge contested the election without the halo of the official candidate. They alleged that the Kerala leaders who fear Tharoor’s clout have come forward against him. However, the party workers stood by Tharoor, said Tharoor supporters.

Local bodies to get helpers to assist public

Man dies en route to Kozhikode medical college after being stuck in traffic ...