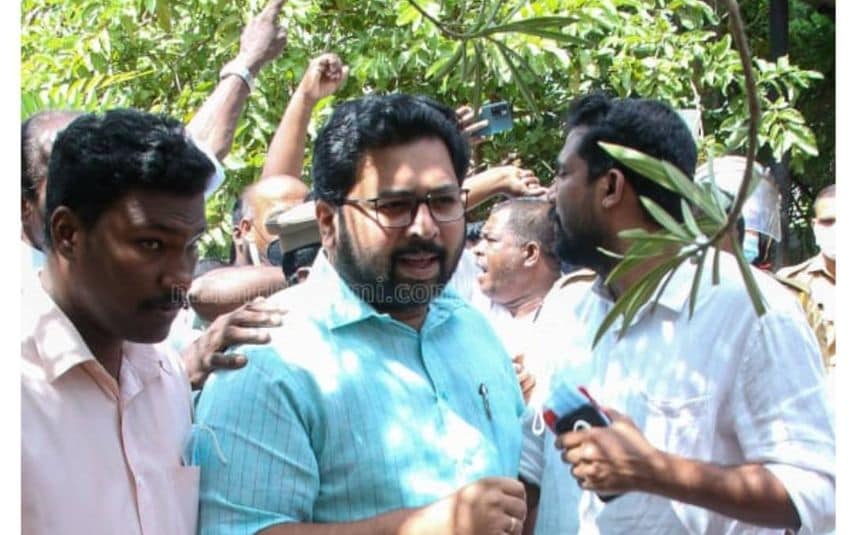 Thiruvananthapuram: New controversies have erupted in the Youth Congress party with the ‘leakage’ of WhatsApp chat from an official WhatsApp group of office-bearers. Discussions through the WhatsApp group have led to the arrest of Youth Congress vice president KS Sabarinadhan in a case related to murder attempt against Chief Minister Pinarayi Vijayan on board a flight.

A section of Youth Congress leaders have sent a letter to the central leadership demanding a probe in the leakage of WhatsApp chats.

The letter was forwarded by 12 office-bearers under vice presidents NS Nusoor and SM Balu and it has been hinted that the central leadership of the party will appoint a commission to investigate over the complaint. The disagreements within the party have intensified with the leaked WhatsApp chat lately.

A woman Congress activist had lodged a complaint indicating that she was assaulted at the Chintan Shivir conducted at Palakkad recently. Several party workers raised allegations that groupism in the party has led to the complaint of the woman activist. It was following this incident, Sabarinadhan’s chats in the WhatsApp group got leaked.

Meanwhile, the party is facing another skirmish among the workers in connection with the disagreements over the appointment of KSU state president. It has been alleged that the guidelines prescribed by the senior leaders for the selection of the state president are not being followed.