The list includes 47 names while working presidents have not been announced. Only the names of vice-presidents, general secretaries and treasurer have been announced now. 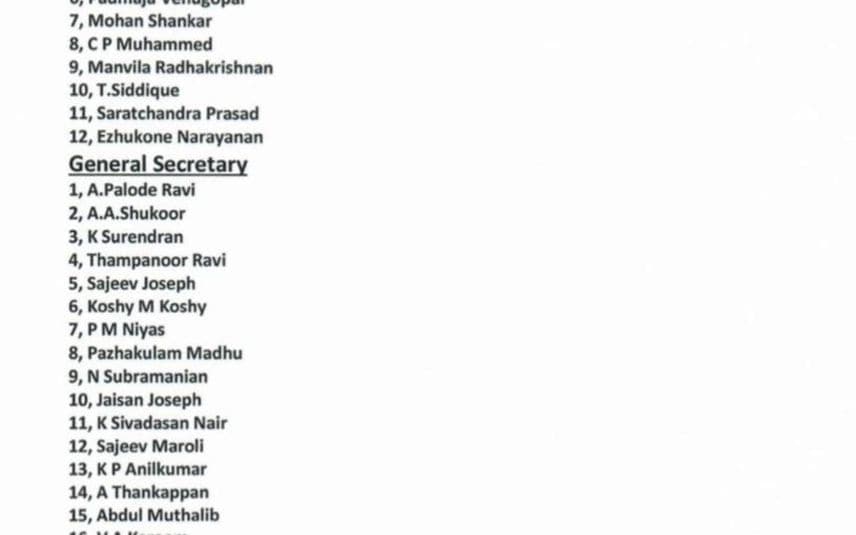 The list includes 47 names while working presidents have not been announced. Only the names of vice-presidents, general secretaries and treasurer have been announced now.

P. C. Vishnunath, Sooranad Rajasekharan, Joseph Vazhackan, T. Siddique and Padmaja Venugopal are among the 12 vice presidents in the list. Palode Ravi, A. A. Shukoor and K. Surendran are among the 34 general secretaries in the list.

K. K. Kochumuhammed will continue as the treasurer. The list has ample representation of both the A and I groups of Congress.

It must also be noted that among the 47 names mentioned in the list, only three are women. 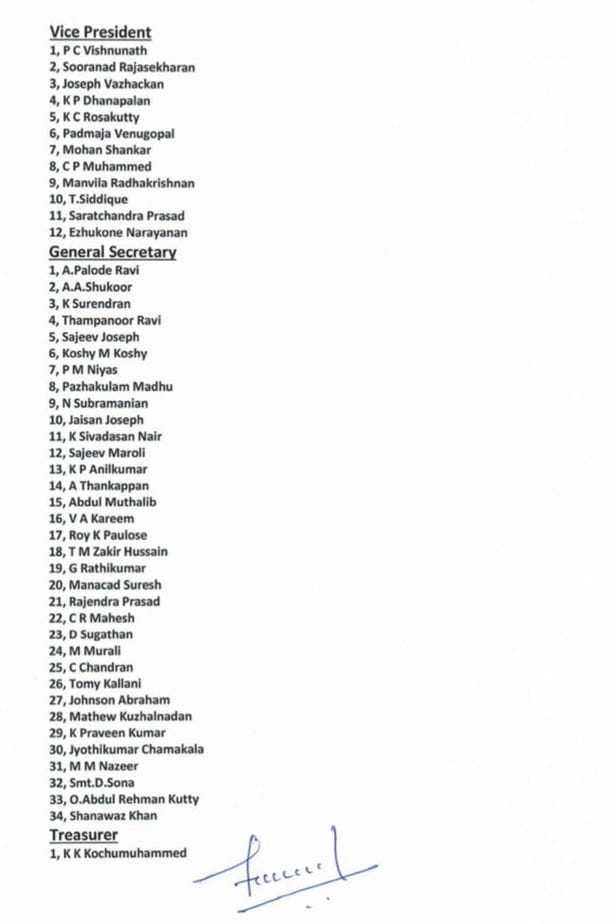