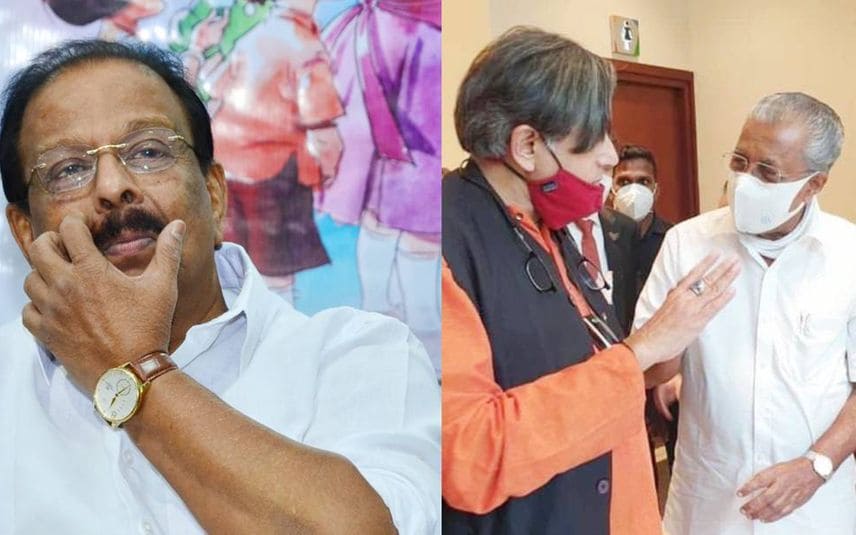 Thiruvananthapuram: KPCC chief K Sudhakaran while addressing media here today took a dig at MP Shashi Tharoor over his stance on the SilverLine project and remarks praising Kerala CM’s push for the state’s investment-friendly stature. Sudhakaran remarked that though Tharoor is a person with global exposure, Congress cannot entertain to saw off the branch one is sitting on.

“Congress has individuals with different viewpoints. That is natural. Otherwise, there would be no democracy in the party. However, ultimately, those who are inside the party are obliged to show obedience to the party. Tharoor has been asked to explain his position. We have also demanded to meet in person. We hope he will come,” he said.

According to Sudhakaran, Tharoor has a global exposure that is wider than the circle of Congress. Tharoor expressing or saying his viewpoints are not problematic, Sudhakaran said. However, he made it clear that they request Tharoor to stick with party policy and its stand.

Sudhakaran maintained that he will only make further comments on the matter after assessing Tharoor’s response. He pointed out that both the party and UDF in Kerala took a stand on the SilverLine project after studying it. He also put forward a scenario that if Tharoor comes up with something substantial to counter the party’s decision, then they would rectify the mistake.

Kochi: LDF convener EP Jayarajan said that the party is yet to decide the candidate for the upcoming Thrikkakara by|election. He criticised the media for ..

Thiruvananthapuram: Minister Saji Cheriyan stated that the government would not disclose the Hema Committee report. He questioned the intentions behind ..

Kochi: KV Thomas said the declaration of Congress candidate for Thrikkara was done without deliberations. Instead of sympathy, political affairs have to ..

Thiruvananthapuram: The draft recommendations prepared by the Cultural Department on the Hema Committee Report were released. As per the recommendations, ..

Kollam: The procedures to link land documents to Aadhaar cards are proceeding to ensure Aadhaar-based unique revenue record of property for the landholders ..

Varkala: A group of youngsters who bought liquor worth Rs 7,350 stole a bottle of liquor which costs Rs 1,380. The theft took place last Saturday at the ..