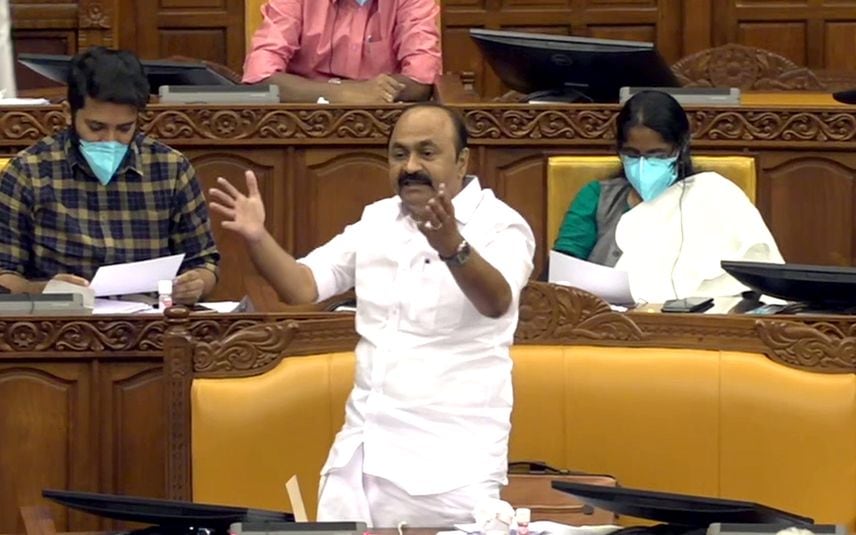 Thiruvananthapuram:A day after the LDF government in Kerala transferred Vigilance and Anti-Corruption Bureau Director M R Ajith Kumar through a late night order, the opposition Congress on Saturday sought to know the reason behind the sudden decision and asked the Chief Minister Pinarayi Vijayan to break his silence following allegations by the key accused in gold smuggling case.

Leader of Opposition in the state Assembly V D Satheesan alleged that the police had tried to mount pressure on the gold smuggling case key accused Swapna Suresh to withdraw her recent statement making fresh revelations against the Chief Minister and his family.

Noting that Vijayan and his government were going in the wrong direction without seeking any legal remedy, he urged the Chief Minister to break his silence as he had the moral obligation to tell everything to the people.

He also asked the BJP leadership to explain why the central agencies were not initiating any probe in the wake of the fresh disclosure by the accused.

He charged that the former journalist Shaj Kiran, whose audio clips were released by Suresh on Friday, was acting like an instrument of the police to settle the case.

The ex-vigilance chief had called Kiran 33 times, he alleged and said the former journalist, who had earlier told Suresh that her statement before the court was a good move, later tried to make her withdraw it as per the instructions of the police.

"The Vigilance Director would not attempt to make her withdraw the statement before court and abduct another accused in the smuggling case without the knowledge of the Chief Minister or his office," Satheesan said.

The Congress leader also pointed out that the police was not yet ready to question the former journalist, who acted as a mediator.

Shaj Kiran was not being questioned as he was the mediator of the government, he alleged and said the attempts for mediation failed miserably and the episode was a "shame" for the state of Kerala.

Satheesan also criticised the Chief Minister after his security was beefed up in the wake of the protests over the gold smuggling case revelations.

The Kerala government transferred Vigilance and Anti-Corruption Bureau Director M R Ajith Kumar on Friday, hours after Swapna Suresh claimed her acquaintance had spoken to a senior police officer for help to her.

IPS officer H Venkatesh, Inspector General of Police, Vigilance (Headquarters), will have full additional charge of the Vigilance and Anti-Corruption Bureau until further orders, it said.

The order further said the posting orders of Ajith Kumar would be issued separately. PTI