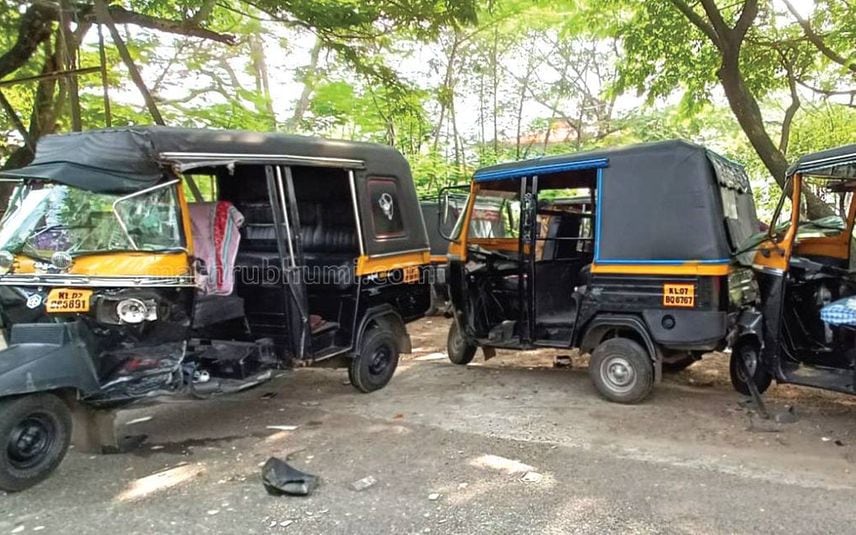 Kakkanad: A bus rammed into an auto stand, damaging multiple rickshaws as the conductor took over the role of the driver. The accident happened on Wednesday evening at the Kakkanad Collectorate bus stop. Four auto rickshaws were ravaged in the incident.

The bus named ‘Thara’ reached here from the Ernakulam side with passengers. The driver of the bus parked the vehicle after all the passengers got down. Then, the conductor tried to move the bus forward. He lost control and the bus rammed into the auto stand. The front side of one autorickshaw collapsed. Its driver fell down from the rickshaw and has been admitted to a private hospital in Kakkanad with serious injuries. Luckily, there was no crowd around and a big mishap was avoided.

Thrikkakara police have taken the bus in custody.