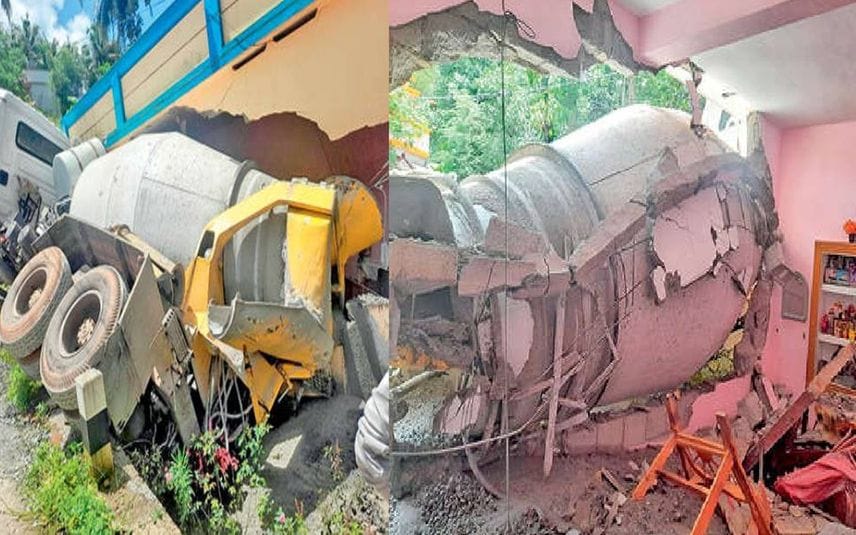 Kollam: A house was partially destroyed when a concrete mixer truck rammed on the front side and the inmates are living without electricity and water for the past five days. Kottarakkara- Mylom native Ramachandran Pillai alleged that no one, including the truck owner, visited his house following the incident.

The truck owned by an Anchal native was carrying the concrete mix from Adoor to Kunnikode region. The truck suffered a flat tyre at Mylom and the locals had warned the driver. However, the driver did not pay heed and continued driving the truck. The accident happened soon after this incident. No one sustained injuries in the accident.

From the police station, the contractor offered compensation of just Rs 50,000 to the house owner. However, Ramachandran had to suffer a loss of at least Rs 5 lakh. Hence, he has demanded this amount along with appropriate compensation for other losses.